Immerse yourself in one of our city's fastest growing communities at the "Erie's Best Rapper" competition. 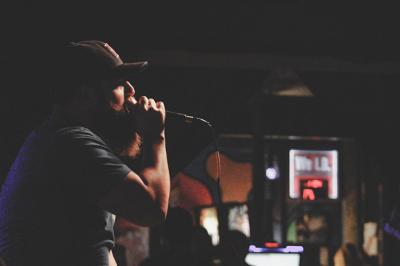 It's been referred to as "relatively underground," but with each new public event or showcase, Erie's hip-hop community grows larger. Now, on Friday, January 19th, Pro Motions (along with Shaun Buck Benjamin) will be hosting a competition to crown "Erie's Best Rapper." The event will be held at Basement Transmissions and feature local judges LCardio, Jon Box, DJ Primo, Zeek Diamond and Malito (Doc) Proto. Competitors stand to win not only a cash prize, but the opportunity to record their next mixtape with producer Nickiamadon.

There are 16 competitors in total, including (but not limited to) Lil Retro, Kidd Lano, D. Weez, Futura Green, HB Stacks, Robbie Raw, Z-Killa and Rook Thompson. Sound for the competition is being handled by DJ Nitro. The competition is an 18+ event with a BYOB option for those 21 and older with a valid I.D. Whether you're a hip-hop head or simply someone wanting to show their appreciation for the local music scene, the "Erie's Best Rapper" competition at Basement Transmissions is a perfect chance to immerse yourself in one of our city's fastest growing communities. — Aaron Mook