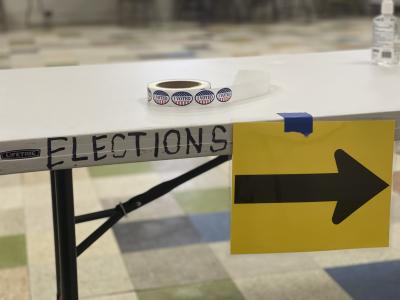 The polls closed at 8 p.m. on Tuesday, Nov. 2 for the 2021 municipal election. The results began to roll in shortly after, with election night totals settled late into the night.

Of the main races to watch, Republican Brenton Davis emerged as the next Erie County Executive, defeating Democrat Tyler Titus. While Titus, like many Democrats, had the major edge with mail-in ballots, the election day results told a very different story. With a possible 4,000+ uncanvassed mail-in ballots still to be counted by late Tuesday night, Titus hung on, ultimately conceding on Wednesday afternoon.

This proved to be one of the few Democratic upsets among the marquee 2021 races.

Chris Campanelli won a decisive victory over Republican Brian Shank, and will be the next Erie County Sheriff. The discrepancy between these top two races seems to indicate that many  Democrats crossed party lines to vote for Davis, with Republican voters casting ballots for Campanelli.

Perhaps a better example of a race that held closer to party lines was that of Erie County Clerk of Records, with Aubrea Hagerty-Haynes beating out Ed DiMattio by more than 4,000 votes in a county-wide vote.