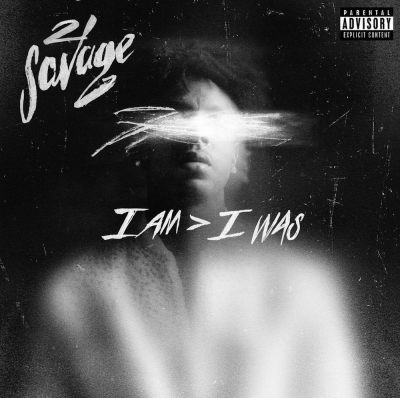 For all intents and purposes, I Am > I Was (pronounced I Am Greater Than I Was) might as well be 21 Savage's first LP. While 2016's Issa Album was an enjoyable (if safe) debut, Shayaa Bin Abraham-Joseph (Savage) was given the opportunity to grow on his collaboration with Offset and Metro Boomin from the same year, Without Warning. Now, on his second solo venture, Savage has not only found his voice, but stretched it to accommodate a number of styles and subject matter, making I Am > I Was an early contender for best big-budget rap project of the year. While the 26 year-old rapper from Atanta's lyrical talent has grown, allowing him to carry tracks serious ("good day"), silly ("ball w/o you"), sentimental ("letter 2 my momma"), and everything in between, part of Savage's talent lies in how he utilizes features on this project. Whether it's J. Cole taking shots at Drake on the exceptional opener "a lot," Post Malone crafting a smooth hook on "all my friends," or Childish Gambino contributing a rare verse on "monster," I Am > I Was is a document of growth and a project with enough sonic twists to impress even the most skeptical genre fanatics. — Aaron Mook

21 savagei am i wasi am greater than i wasraptrapalbum review