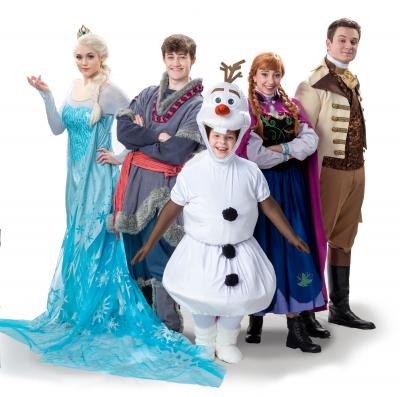 Inside the Erie Playhouse, sheltered from the icy tundra, the curtains are ready to rise for Frozen Jr. Based on the 2018 Broadway musical, Frozen Jr. emphasizes the story of love and acceptance between sisters as they fight to save their kingdom.

Sisters Elsa and Anna (played by Maddie Penpek and Marley Tressler) embark on an emotional journey when the safety of their town, Arendelle, is threatened. They must pair their wits and Elsa's magical powers to rescue their people.

The play abounds with magic and humor, combined in a storyline for all ages. Much like the original animated film that captured the hearts of many, Frozen Jr. expands on the story with an additional five songs written by Kristen Anderson-Lopez and Robert Lopez. So stop by the Playhouse and enjoy the snow.