A Fifth of Beethoven

Cocktail contest an outpouring of creativity benefiting the Philharmonic 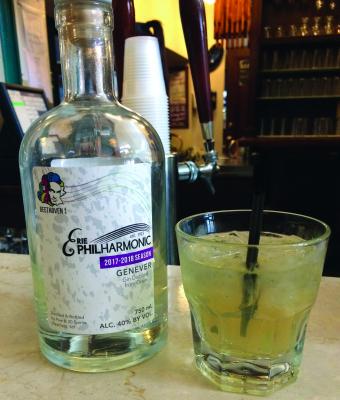 Matt Swanseger
The Five & 20 Beethoven Commemorative Genever has distinctive characteristics all its own, but can function as a gin substitute in cocktails such as The Lindsey, courtesy of the Brewerie at Union Station.

German composer Ludwig van Beethoven was remarkably productive during his 56 years, with a musical genius that transcended both hearing loss and a fondness for drink, both of which accelerated around the age of 30. With 722 compositions to Beethoven's credit (according to the Beethoven Haus museum in his birthplace of Bonn), we can assume many libations were poured to take the edge off a creative process that was almost constantly ongoing. His creative talent had a great impact on his liver, but an exponentially greater effect on the course of Western music. Compositions like "Moonlight Sonata," "Fur Elise," and Symphony Nos. 5 and 9 are among several that remain instantly recognizable.

The Erie Philharmonic and Five & 20 Spirits and Brewing continue to celebrate that legacy with the Beethoven 4/4 Festival, which began last year and will culminate with Beethoven's 250th birthday in 2020. Each year, the Philharmonic will present works from Beethoven's extensive catalog while Five & 20 crafts a distinctive beverage to toast to his achievements. Each offering has been thoughtfully formulated with respect to the geography and history of western Germany in the late 18th and early 19th century. Last year's offering was a Kolsch, which is a crisp, easy-drinking ale enjoyed by denizens of Cologne (just north of Bonn).

This year, consumers can literally pick up a fifth of Beethoven with Five & 20's Commemorative Genever. Genever or jenever (pronounced either juh-NEE-ver or JEN-uh-ver, as in juh-NEE-ver Aniston or JEN-uh-ver Love Hewitt) is the historical predecessor to gin and originated in Holland during the 1600s. While it is flavored with juniper berries (among other things — in this case, coriander, orange peel and ginger), it does not possess the upfront piny sharpness of gin. The Five & 20 brand is modeled after an Oude (or "old-style") genever, which uses a malt spirit base (as opposed to a neutral grain spirit). While it can be substituted for gin in a number of traditional cocktails, it has a unique character all its own.

Through the end of this month, six local bars and restaurants have commissioned their greatest composers to create a liquid symphony with the genever in the March Cocktail Shake Off. Mirroring Beethoven's habits after his 30th birthday, I set off to try each one over the course of two days: 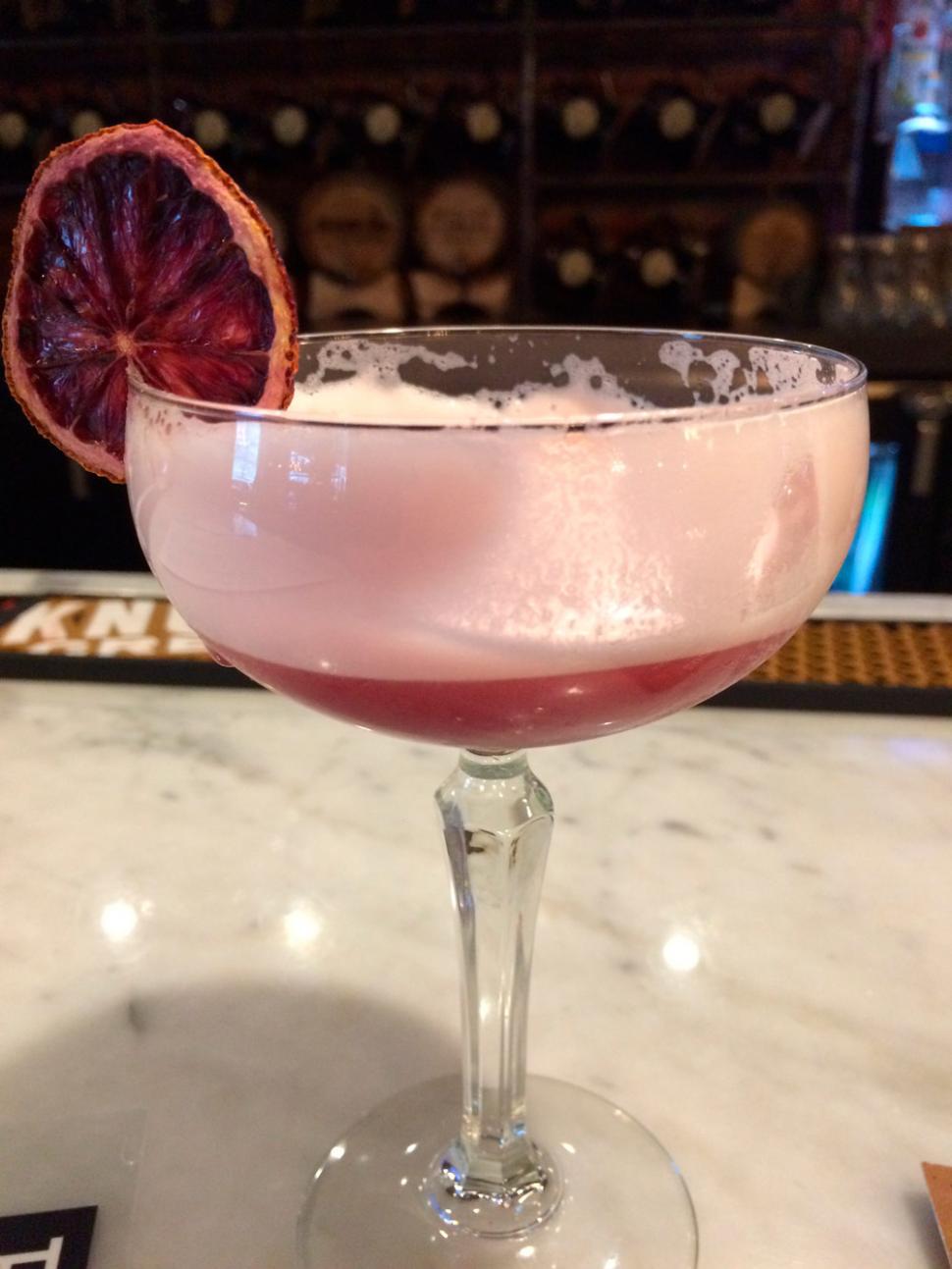 Notes: Bar manager Blaine Ballard keeps things close to home with this contrapuntal concoction, complementing the genever with the Della Mela (another Five & 20 product) and concentrating the syrups in-house. The rich spice flavors are cut by the blood orange and the egg white creates a luxurious froth. 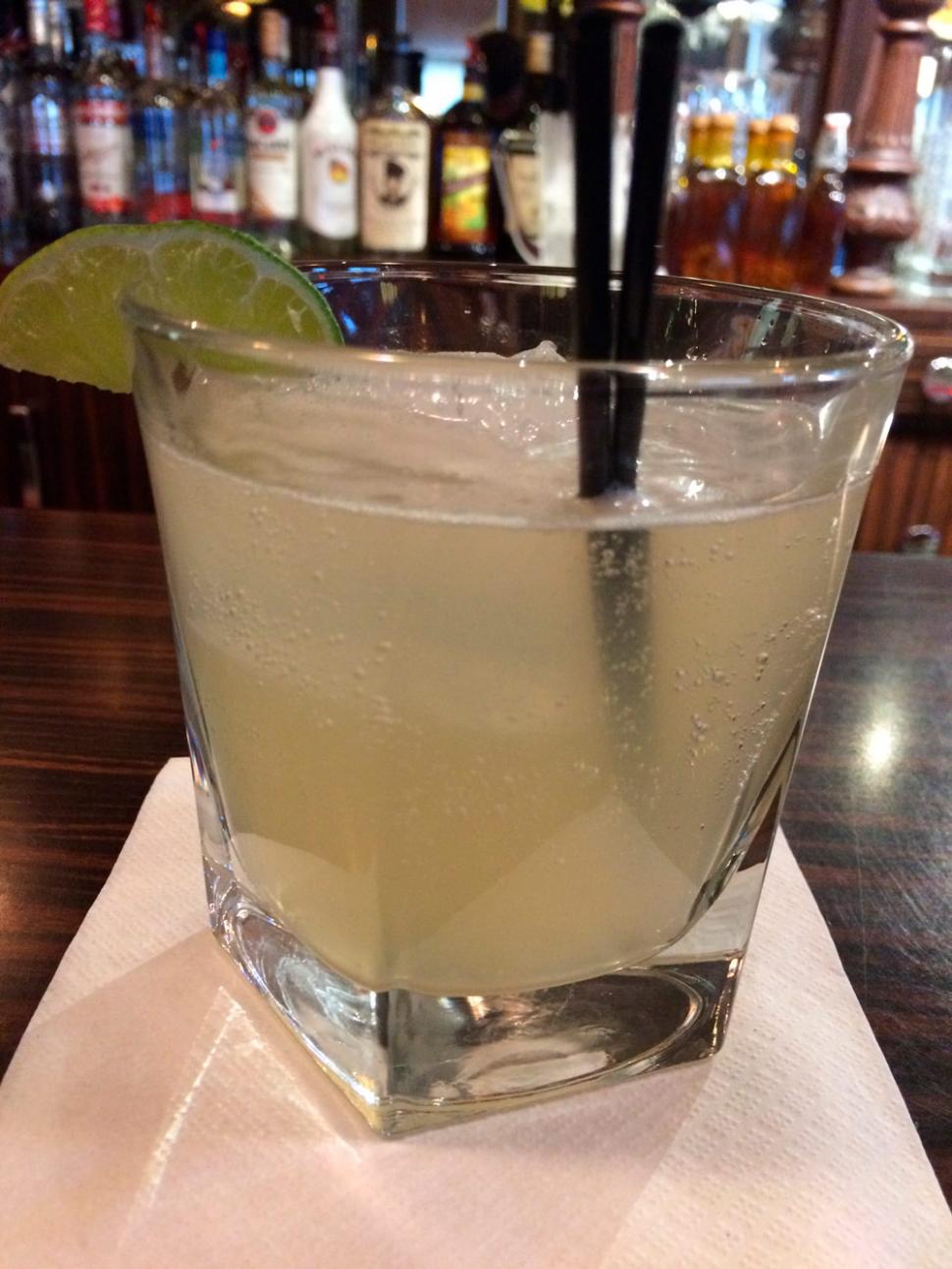 Notes: The Sneaky Pete's team put a twist on their popular Key Lime and Thyme cocktail, swapping out the gin for genever and brightening the mixture with the limoncello. Your tastebuds will sing an Ode to Joy as they're flooded with the flavor of summer. Then you'll look outside and ask for another. 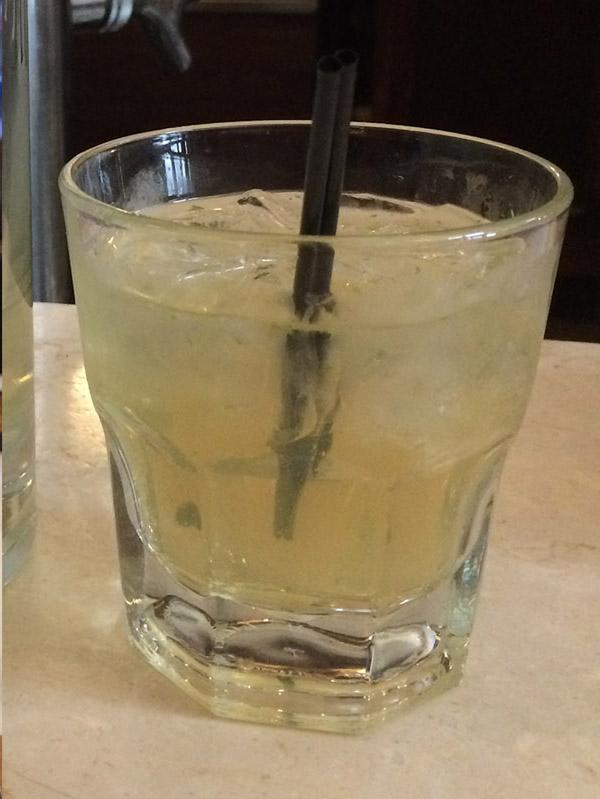 Notes: Mixologist Jessica Callender harnesses tradition with this cocktail, which is essentially a variation of a buck or a mule. The ginger beer offers carbonation and a zesty kick, while the agave nectar mellows things out with a honey sweetness. Quaffable enough to repeat for another few measures. 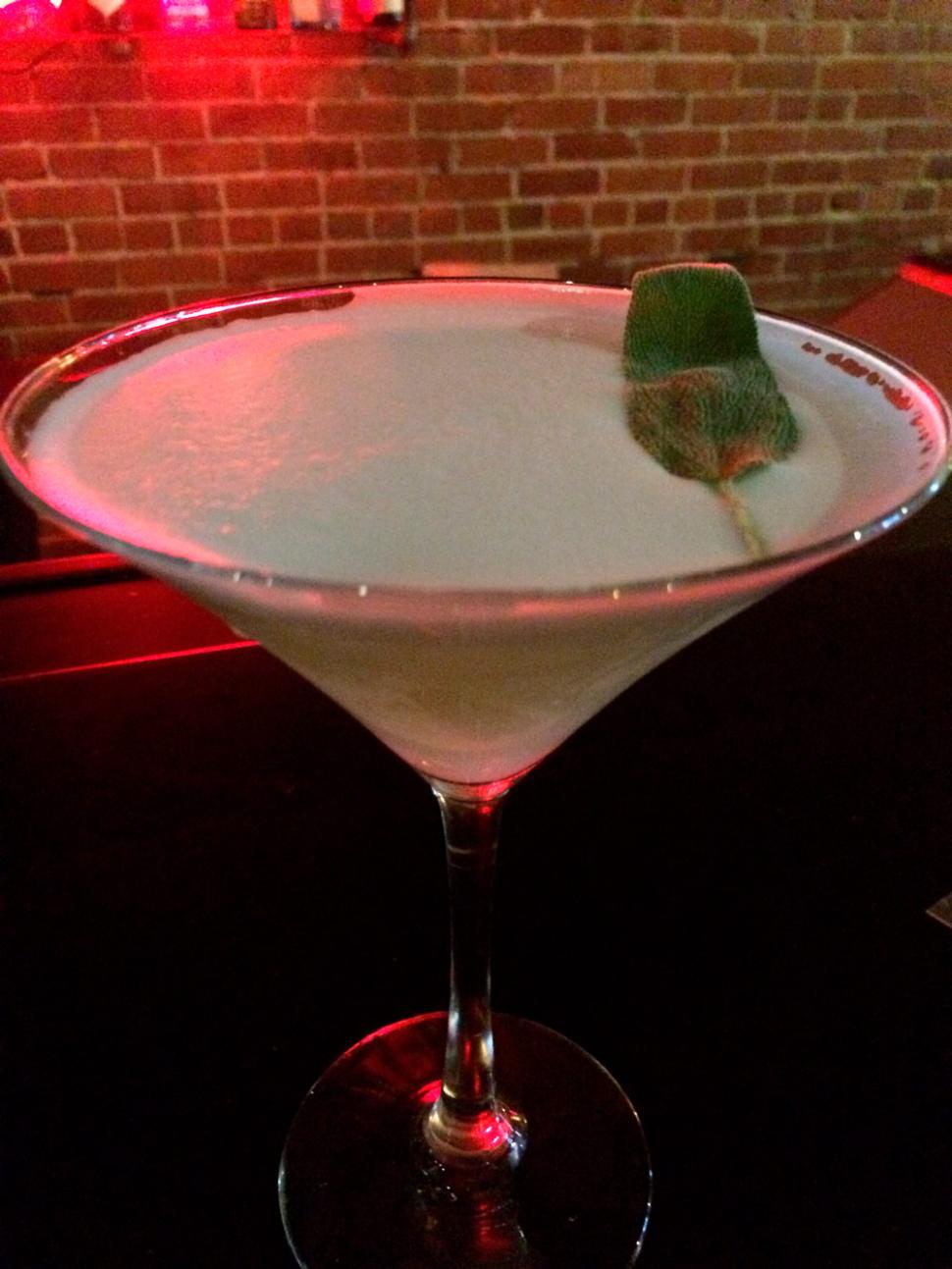 Notes: In devising this entry, Shawn McCall favored the less-is-more approach. The sage syrup and lemon juice do not serve to compete with the genever, but accent and highlight the flavors already in the glass. Top it off with a layer of foam and a sage leaf and it feels fancy, even if it's not trying to be. 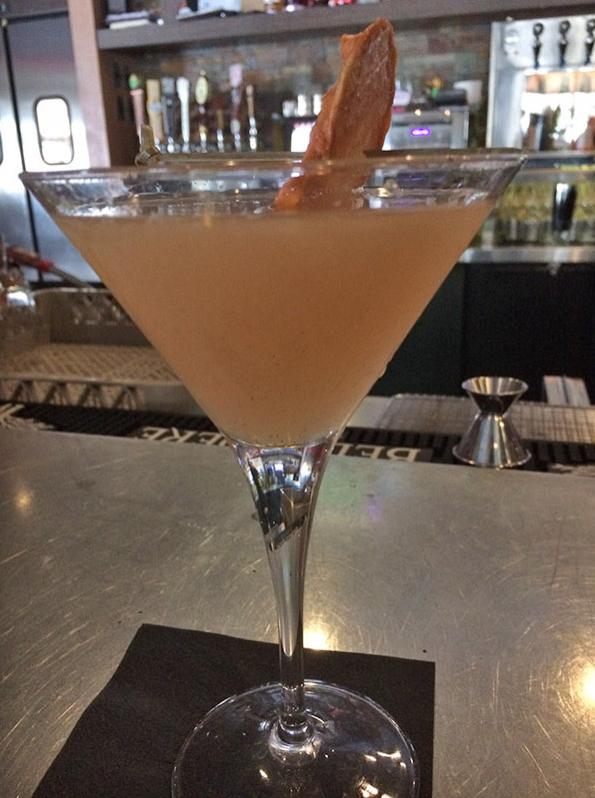 Notes: Any skilled composer embraces the element of surprise, which is exactly what Kimberly Golz has done here with her Persymphony. It's unlikely you'll be experiencing persimmon fatigue anytime in your future (or have even tasted a persimmon, which compares to an apricot) and Golz uses that to her advantage, cleverly hiding a double-shot of genever beneath her house-made persimmon simple syrup. 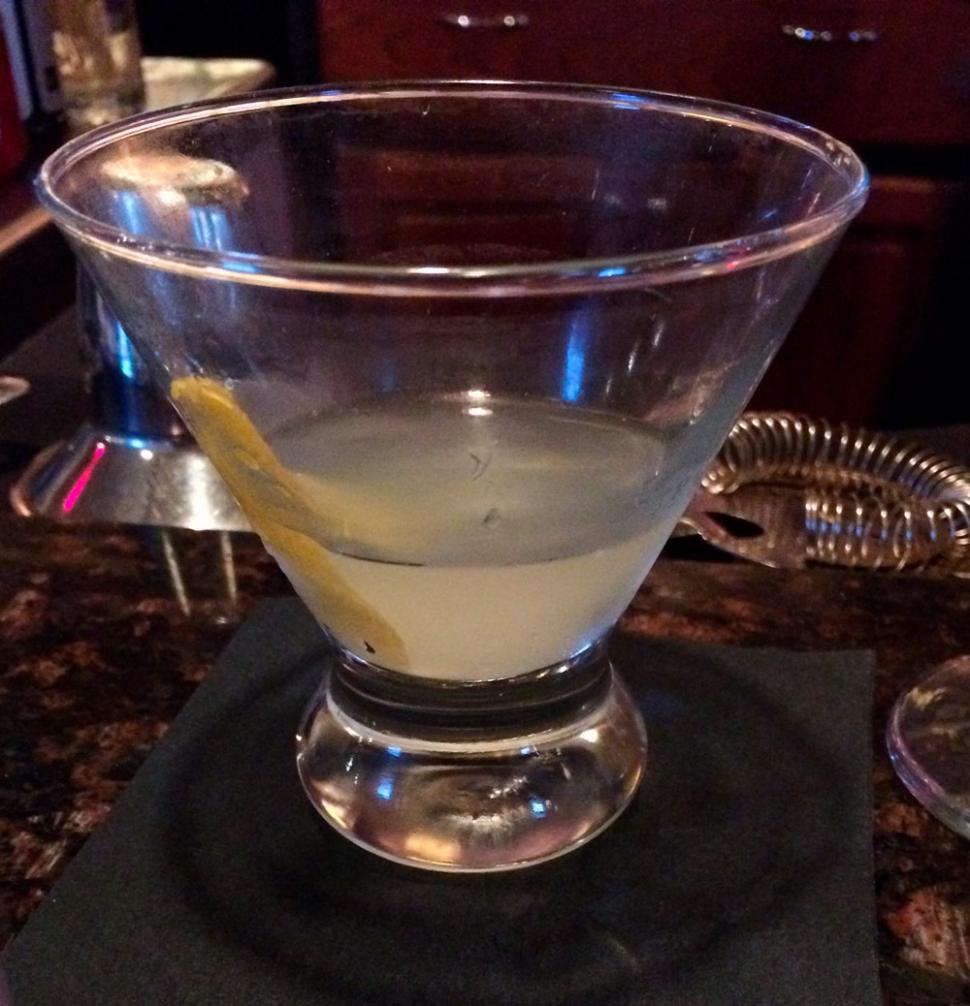 Notes: Ryan Blair is betting Beethoven, like Bond, would have liked his martinis shaken, not stirred. The Vesper Martini first appeared in the 1953 novel Casino Royale, differing from a regular martini in its use of gin (in this case genever) and Lillet (a wine-based cordial). Filtering through rice grains results in a fantastic smoothness and the Limoncello adds a refreshing finish.

Vote for your favorite by texting "Erie" to 313131 and wait for a response. Reply with the full name of the bar or restaurant of your choice.

Matt Swanseger never drinks on the job, but can always be reached at mswanseger@eriereader.com