A Gaelic Ole Time at the Erie Irish Festival

Erie Irish Festival has proven absolute class for the lads and lasses. 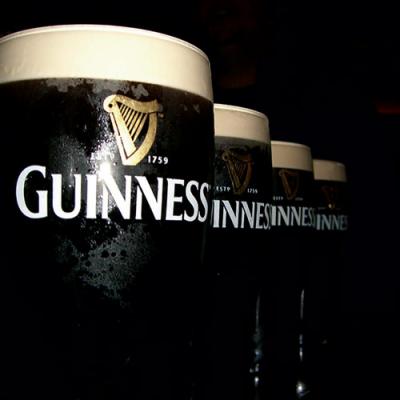 Sometimes it's better to be lucky than good, but oftentimes being good creates its own luck. Not to brogue, but the Erie Irish Festival has proven absolute class for the lads and lasses at St. Pat's over the years, with suds, spuds, and shenanigans to spare. If it ain't banjaxed, don't fix it, as they say. The organizers have held to that axiom for 24 years, celebrating halfway to St. Paddy's Day with traditional music, dance, food, and plenty of "the black stuff" (i.e., Guinness).

Not to brogue, but the Erie Irish Festival has proven absolute class for the lads and lasses at St. Pat's over the years, with suds, spuds, and shenanigans to spare.

Over 47,000 residents of Erie County identify as at least part Irish, no doubt stemming from the mass migrations of the mid-1800s that brought nearly 2 million native Irish to the U.S. (fleeing both famine and religious tensions). Many of them settled in port cities, forming tight-knit communities and working as laborers. The influx tapered off after the Emergency Immigration Acts of 1921 and 1924; but by then, Irish-Americans had made a significant impact in industry, westward expansion, and infrastructure (namely the railroad system). Erie's Irish found employment in the then-bustling manufacturing sector and contributed to the community's growth that peaked in the mid-20th century.

But enough of being a dry shite history professor – let's get on with the festivities, shall we? Musicians will include The Corned Beef and Curry Band (pub music), County Mayo Irish Band (Irish ballads/Irish-American folk), the Mountain Thyme Ramblers (Irish bluegrass), Bangerzz (Neo-Celtic folk rock), and more.

Speaking of bangers and mash (a Sunday exclusive), the food tent will serve quality grub throughout the weekend, including many permutations of the poppies-and-tatties (and/or taters) that form the foundation of the Irish diet. And don't forget dessert – have you been drinking? If not, live a little and try your bread pudding with some drunken raisins soaked in whiskey.

Meanwhile, Rince Na Tiarna will lord over the dance all three days, clacking, tapping, and stomping away. You'll be Flatley-knackered just watching their energetic performances. If the Jameson doesn't get you first – don't press your luck. – Matt Swanseger