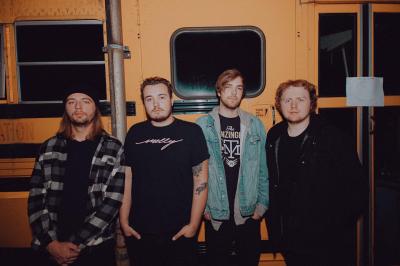 Weighted has only been around for a short time, releasing their first singles, "Pacer Test" and "Again" — with an accompanying music video — this past July. Nevertheless, the band has quickly made waves in its scene, and is now taking its act on the road. Weighted followed up its standalone singles with a debut four-track EP, A Better Place, in November, and is now on tour in support of the release. On A Better Place, Weighted steers through the struggles of early adulthood and finding one's place in the world through the vessel of soft, mellow verses and explosive, emotive choruses.

Touring with Weighted is Detroit's Antighost. Each previous release in Antighost's discography has weaved through the genres of emo, pop punk, and hardcore punk, and grunge, and the band's latest EP, Animal Panic!, is no different. On Animal Panic!, Antighost takes the dynamic style it's honed through previous albums and refines it into its strongest songwriting to date.

Opening acts on the bill include Dive, an alternative indie rock band from Pittsburgh, and Jess Royer, a solo acoustic indie act from right here in Erie.