A Knight's Tale: The Green Knight is a fable like no other 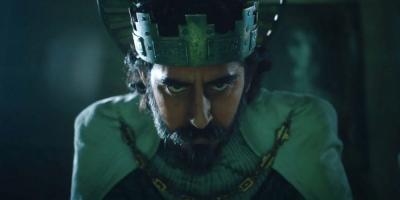 Arthurian legends are nothing new in the world of film adaptation. Since the beginning of the medium, the adventures of Arthur Pendragon and his Knights of the Round Table have been presented on screen countless times. However, David Lowery's (Ain't Them Bodies Saints, A Ghost Story) The Green Knight is one of the few adaptations that tries to delve into the mysticism and mythology behind these heroic tales. Not since John Boorman's Excalibur has there been such a strange, visually stunning, and emotionally compelling take on the Arthurian legend.

Arthur's nephew Gawain (Dev Patel) longs to become one of the Knights of the Round Table and his desires may be fulfilled one Christmas evening when a giant, emerald-skinned knight challenges him to a game. Any blow he can land, the knight will return in kind. After Gawain beheads him, the still-living knight promises to give him the same blow in a year's time. Now Gawain must travel deep into the wilderness to find a way to challenge the knight with his life still intact.

Lowery keeps his story well within the realm of myth and legend with helpful foxes, headless maidens, and even a band of pale, hairless giants. The slow, dreamlike pace and lush, gorgeous cinematography only add to the surrealism of this quest. However, things take a turn in the end when myth and reality come crashing together in a brilliant, near-wordless climax that recontextualizes everything we have just seen. The incredible denouement takes The Green Knight from a fascinating fable into one of the best films of the year.
— Forest Taylor