A Legacy of Equality

The first physically integrated dance company in the nation, will bring its Lasting Legacy concert to Edinboro Universtiy. 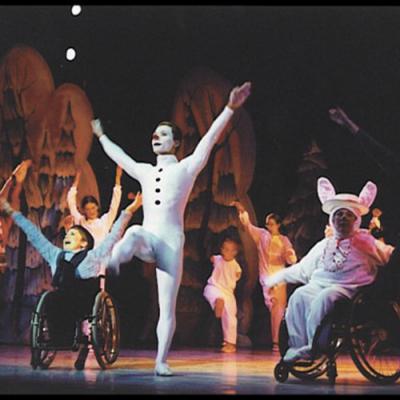 Legacy celebrates this renowned Cleveland-based dance troupe's 35th anniversary and the 25th anniversary of the Americans with Disabilities Act (ADA). The show pays tribute to the ADA by examining the impact of its five core themes: employment, education, transportation, communication, and public access.

The concert blends exuberance, comedy, and powerful representations of what it's been like to attain full public access. According to Cleveland.com, the performance is as much "an educational experience as an artistic one, delineating the issues faced by Americans with disabilities as they fought over the decades to gain something that many people take for granted."

Dancing Wheels was founded by Mary Verdi-Fletcher, who still dances with the troupe and was instrumental in the passing of the landmark civil rights law.

Go for the education, sure. But go more for the dance, the energy, and the passion. — Mary Birdsong