Is it time to put an end to the two-party system? 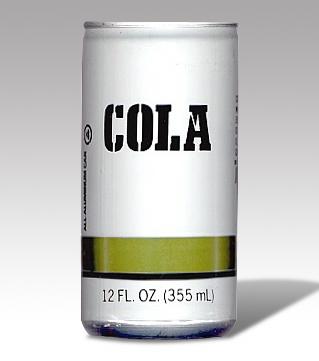 Would you rather drink Coke or Pepsi? This is the question that haunts me every presidential election. They are both cola, but with slightly different flavor and mouthfeel. Some folks think they're both the same, and couldn't care less which one they're given. There are others who obstinately believe that the colas are completely different and will drink nothing but their brand. Still some others hate cola altogether and would prefer Mountain Dew, Dr. Pepper, or Red Bull.

Such is life in the soda-pop world, as well as the U.S. republic. We get two similar candidates, each vying for the executive position, leaving most of us with a bad taste in our mouth. We are forced to make our decision based on which one is worse, instead of which one is better, or even which one we prefer, and this phenomenon is called the "Lesser of Two Evils".

How did we come to have such limited choice in our election system? Have we always had to choose between the lesser of two evils? It can be surmised that the two legacy parties are coming to mirror each other. Over the last hundred years, both the Republicans and Democrats have become fiscally liberal; each party pejoratively referred to as either the Warfare or Welfare parties. We can further see such similarities by examining these parties' evolving platforms. The Obama administration is heavily involved in militarist interventions globally, an indication that the Democratic Party has adopted the Bush Doctrine of foreign policy. The Romney campaign is trying desperately to cover up his past as a Liberal Independent-cum-Progressive Republican and exactly how instrumental he was in the passage of the Massachusetts healthcare plan.

As such, the American people end up with a choice between Coke and Pepsi, never realizing that the reason these parties are becoming similar and alienating themselves from their constituencies is because they aren't being challenged by them.

Most Americans turn toward the Super Bowl of politics, the presidential debates, for some kind of motivating factor in their choice of candidate. The presidential debates are organized by the Commission on Presidential Debates, a non-partisan organization whose stated goal is to "provide the best possible information to viewers and listeners". In fact though, the CPD is a private corporation headed by the former chairmen of the Republican and Democratic parties, which was created when the League of Women Voters, the former sponsor of the presidential debates, rescinded its sponsorship after Democratic candidate Michael Dukakis and Republican candidate George H. W. Bush signed a secret agreement called the Memorandum of Understanding. The League refused to implement the agreement stating, "…we have no intention of becoming an accessory to the hoodwinking of the American public," which prompted the legacy parties to create their own compliant debate commission. Since that time, the CPD has allowed candidates to draft secret agreements every four years, deciding who the moderators will be, who the participants will be, the height of the podiums, and every stipulation conceivable. The result is a carefully staged bi-partisan press conference devoid of contention and bereft of critical discussion.

Aside from the debates being charades, the Commission on Presidential Debates routinely excludes third party candidates. This stance conflicts with a recent Reason-Rupe poll that shows that 80 percent of Americans want to see a third choice for president. Third parties are historically the force for change in American politics, forcing the legacy parties to adopt third-party platforms or be dissolved completely. A fine example of this is when Socialist Eugene Debs ran against Democrat Franklin Delano Roosevelt. Roosevelt won the presidency but enacted much of Debs socialist platform, calling it the New Deal.

So if third parties strengthen our democratic processes, why are they being excluded from the debates? The Commission on Presidential Debates has three stipulations for participation: a candidate must be constitutionally eligible; a candidate must have enough ballot access to have a theoretical chance of winning 270 Electoral College votes; a candidate must have at least 15 percent popularity amongst the electorate based on opinion polls. The third stipulation is a bit of a conundrum, considering that the majority of opinion polls do not include any third party candidates.

Gary Johnson participated in the Republican primary debates before being marginalized and defecting to the Libertarian Party, and Dr. Jill Stein ran against Mitt Romney when he ran for Governor and debated him on the healthcare issue. Both of these candidates are against a militarist foreign policy and would cut our defense budget considerably. Gov. Gary Johnson has a record as a fiscal conservative and a social progressive, working to legalize cannabis and leaving New Mexico with a $1 billion budget surplus. Jill Stein is pushing for a Green New Deal to create millions of jobs building an ecologically sustainable infrastructure and calls for a student bailout with universal student loan forgiveness. Both of these candidates are markedly different from the legacy party candidates, and present viable alternatives, yet both of these candidates will remain in the shadows for most of the American electorate. In response to their exclusion from the debates, Gov. Gary Johnson and his running mate Judge Jim Gray have filed an antitrust lawsuit against the Commission on Presidential Debates and the Republican and Democratic parties.

The cola drinkers would have you believe that having Mountain Dew, Dr. Pepper, or Red Bull at the table would spoil it for Coke or Pepsi, citing Green Party candidate Ralph Nader's nearly three million votes affecting the Bush-Gore debacle in 2000. The real question is: If they thought he was a factor in the election, why didn't they allow him to debate? It is also believed that third-party candidates have no chance at winning, and while their chances are slim, this is demonstrably false. Independent candidate Jesse Ventura was polling at 10 percent when he ran for Governor of Minnesota. After a series of debates, he rose to 27 percent and on Election Day an extra 10 percent of the electorate came out and voted, giving him a 37-percent victory. It is this large proportion (approximately 42 percent) of disenfranchised Americans who don't normally vote, but if given a viable third option, could indeed secure a third-party victory.

The CPD's series of three presidential debates and one vice-presidential debate will proceed as planned, featuring the secret conditions agreed upon by the Obama and Romney campaigns. For those of you yearning for alternative voices, I advise you to tune into the debate hosted by the Free and Equal Elections Foundation on Oct. 23, which will likely be televised on C-SPAN. This debate will feature Johnson, Stein, and Virgil Goode, candidate for the Constitution Party. Obama and Romney have been invited but have not confirmed their attendance.

Speaking of upcoming debates, the Erie Reader is organizing two debates at The Jefferson Educational Society featuring Janet Anderson vs. Sean Wiley (PA Senate) and Ryan Bizzaro vs. Jason Owen (PA House). The debates will take place Oct. 11, from 7 to 8 and 8 to 9 p.m., and will be aired on WICU on Oct. 17 and 24 at 7 pm. These debates will not be scripted and will not honor any secret agreements.

So what's it going to be folks, Coke or Pepsi? In our busy lives, most of us have precious little time to carry out research projects and must rely on these televised debates to be informed in our decision making. Perhaps we should heed the words of three-time former presidential candidate Ralph Nader, who suggests that there should be dozens of debates instead of three, which incorporate some of these alternative parties in their critical discussion? Perhaps these debates should be hosted by several different organizations to ensure objectivity? Maybe then we'd end up with a New Coke or Pepsi Clear that people actually liked? As for me, I've never enjoyed cola. I'll be having a birch beer.