Faced with a $9 million lawsuit, Naked Juice is no longer billed as "All Natural." 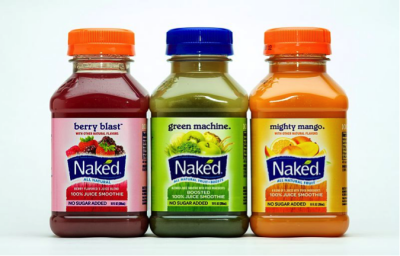 My first blog with Erie Reader indicated that I'd be writing about simply sports, music, movies, etc. What I should've said is that I'll be blogging anything that interests me and may be important to others.

On thing that is definitely important to me is that my hometown is now the "10th Fattest City in America." I'm sure this isn't your first time hearing this, but a recent story has developed that could lead you to stop laying so much blame on yourself or your fellow Erie residents. Big corporations are at just as much fault as us individuals.

Faced with a $9 million lawsuit, PepsiCo's Naked Juice is no longer being labeled as "All Natural."

Here's some Need-to-Know Info about Naked Juice, the lawsuit, and the concept of "All-Natural."

For those that don't know, Naked Juice is a mass-produced (PepsiCo) fruit-and-veggie smoothie intended for the health-conscious. As it turns out, it may not be so healthy after all.

The lawsuit was filed because the label of these drinks said "All-Natural," when in fact, many of the ingredients are made synthetically. Most of the vitamins and even the fiber content are made, essentially, in a lab.

This caused public health lawyer Michele Simon to file this suit based on "deceptive marketing."

Faced with this issue, PepsiCo had two options: They could either start making Naked Juice with only all-natural ingredients, or they could just change the part of the label that reads "All-Natural."

As you probably assumed, PepsiCo did the easier thing and removed the part of the bottle's label that claimed "All-Natural."

Perhaps the biggest area of concern in all of this was the Food and Drug Administration's response to this. They weren't exactly on Simon's side, basically stating that it is difficult to define "natural" since so many foods are processed with synthetic ingredients and preservatives.

The FDA is literally saying that it would be too hard to call PepsiCo liars, because the big corporations may have altered what "natural" really means.

To me, that's rather disturbing.

Here's My Take on Naked Juice and the big food corporations:

As a city and as a nation, we are not overweight strictly due to making bad food choices and not exercising. There is something larger at play here.

It may seem cliché to call big corporations evil, but just look at what PepsiCo and others have done. They have made it damn near impossible to walk in to a convenience store and make a healthy choice. If one wanted to be healthy, getting a Diet Pepsi used to be considered a good idea. This was before diet drinks were exposed.

Diet drinks are just as unhealthy, if not worse, than regular drinks. The artificial sweeteners can lead to kidney problems, obesity, cell damage, rotting teeth, and even reproductive issues. And these are just a few of the known side effects.

Even if you wanted to cut the big corporations some slack and say that they didn't know diet soda was poison, now they are deliberately preying on the health-conscious by labeling their phony drinks "all-natural" and making them taste delicious.

PepsiCo has tried to make a consumer monopoly out of both people who don't worry about what they eat and now the health-conscious, and they have done this through outright deception.

I am a victim of this deception, as I bought about four Nake d Juices a week in college. The outrageous $3.99 in meal credit for every bottle seemed like money well-spent at the time. I thought I was being health conscious by purchasing the drink with "all-natural" label. Even the albeit disturbing name, "Naked" would suggest that you are getting a pure fruit and veggie smoothie with no fillers.

Instead, I ended up broke, chubby, and apparently gullible. I really didn't know what was being put in my body.

In order to begin changing people's waistlines and lifestyles, we must do more to educate people on the idea that these big food corporations don't always have our best interests in mind. In fact, they rarely ever do.