Backwoods Studioz 4 stars out of 5 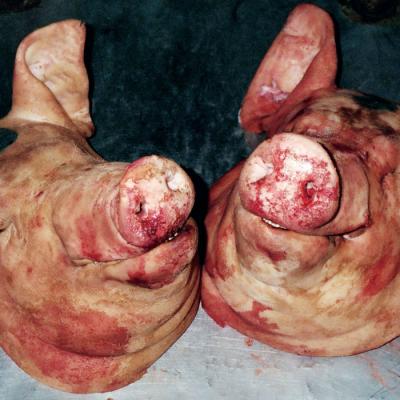 The spirit of the underground is alive in Armand Hammer. The project of NYC duo Billy Woods and Elucid has never failed to impress, but Haram, their fourth album in five years, may just be their greatest testament yet. Executively produced by The Alchemist (who teamed up with Freddie Gibbs on last year's hip-hop behemoth Alfredo), Armand Hammer uses jazzy and often psychedelic beats to deliver classic bravado, social commentary, and a specific sense of irony in equal measure. Of course, none of this is new for fans who heard the duo's breakout 2020 album, Shrines. But The Alchemist's work here makes Haram quite a bit more accessible (the minute-long "Roaches Don't Fly" serves as a perfect introduction to newcomers). The duo's unique flows will sit well with fans of not only friend and featured peer Earl Sweatshirt, but other underground artists including Navy Blue and MIKE. In fact, at times, both MCs are capable of delivering verses reminiscent of the late MF DOOM. While likely unintentional, it's a nice reminder that hip-hop isn't always defined by its more digestible headlining acts (looking at you, Run the Jewels), nor should it be.