Run For Cover Records 4 stars out of 5 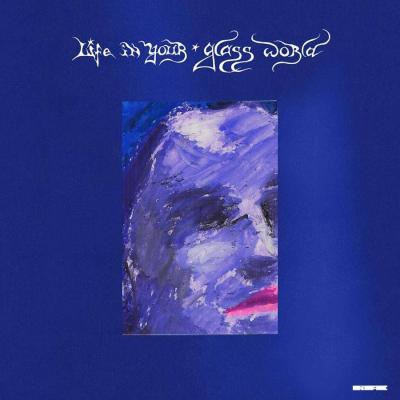 Since 2011, Citizen has been refining their grungy emo-rock into something otherworldly. What started as a sound that easily fit on stages with Run For Cover peers Title Fight and Superheaven was steered into Deftones territory on 2015's Everybody is Going to Heaven, and again polished to deliver Jimmy Eat World-esque hooks on 2017's As You Please. Life In Your Glass World may not be the major left-turn it's being billed as, but at moments it certainly feels convincing. Here, the trio takes inspiration from The Faint, Bloc Party, and other 2000s new wave-influenced indie rock acts. Opening track "Death Dance Approximately" starts with pummeling feedback before giving way to a blown-out disco beat. The band's rhythm section leads the charge here, offering snarling bass tones that manage to make even the catchiest songs like "I Want to Kill You" fittingly heavy. Still, it doesn't feel like coincidence when frontman Mat Kerekes sings the phrase "Save some face" on "Glass World" — the same words that open The Killers staple "Smile Like You Mean It." While the album's B-side may check more of the boxes fans have come to expect, it's thrilling to hear them continue to explore new sounds and influences a decade later.