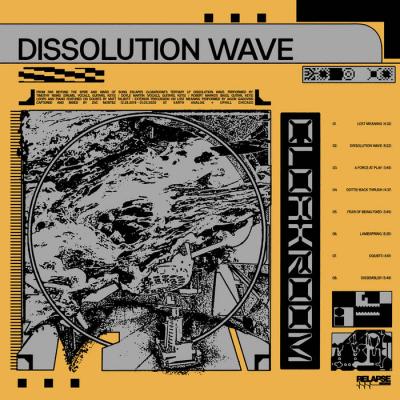 In the pantheon of modern Hum disciples (including their peers in Nothing), Cloakroom is lucky enough to have a direct relationship with the kings of riffy space-rock. Their debut, Further Out, was produced by Hum frontman Matt Talbott, who makes an appearance here. On their first album, the band sounded like David Bazan fronting heavy machinery. On their follow-up, Time Well, the band stretched themselves to the extremes of both dream-pop and borderline doom metal for over an hour. Now, on Dissolution Wave, Cloakroom returns to a warmer, more melodic sound while retaining their trademark fuzz.

The best example of this is on lead single "A Force at Play," which builds upon mostly clean guitars and dreamy keyboards while incorporating a single, discordant chord in its otherwise catchy progression. The band excels at forging memorable hooks out of dirty-sounding instruments, highlighted by the angular guitar solo in the opening track "Lost Meaning." Though with heavy distortion abounding, some listeners may be surprised at how skillfully the band handles the quieter moments here (the prettiest of which, "Doubts," arrives at the end of the record). Still, Dissolution Wave is sure to please long-term fans of the band and may even earn them some new listeners, serving up a more balanced portion of what the sludge-loving shoegaze band does best.