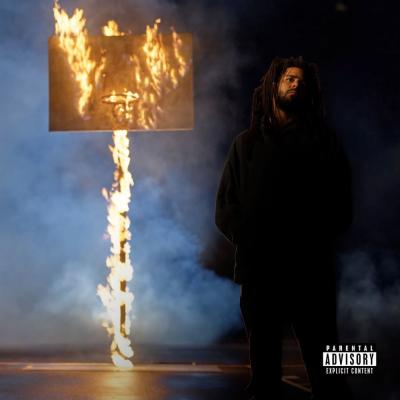 After three years of barely any social media presence, interviews, or updates, Fayetteville rapper J. Cole finally came out of hiding to release his latest album The Off-Season, which dropped May 14. The 12-track opus is filled with punchlines, various production credits, and surprise features that are not mentioned on the tracklist — a different pace for the rapper, considering his last three projects were mainly produced by and featured no other artist other than himself. If the Carolina emcee lost his touch in his absence, you wouldn't know it. He unapologetically revives himself here, sounding more alive than ever as he celebrates his success and reclaims his throne. Though the Roc Nation signee has been known for more conscious records, we receive a more bar-heavy and even boisterous side of him from the N.Y. banger "Applying Pressure" to the radio-ready "Amari." But of course, The Off-Season still delivers tracks that are more on-brand, such as the ominous "Let Go My Hand" where Cole touches on his fear of conflict and raising his son to be brave. At this point, Cole could easily hang up his jersey and retire gracefully. But by the looks and sounds of it, the icon has more points to put on the scoreboard.