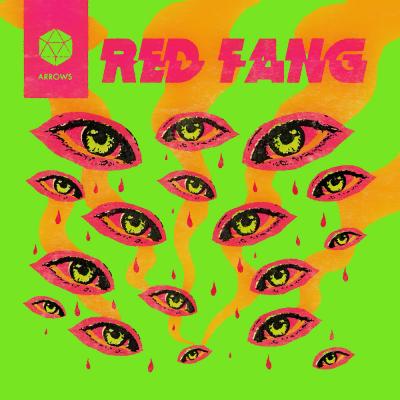 The latest release from Portland, Oregon's most famous stoner metal band Red Fang is their first record in five years. The album was recorded pre-pandemic, but the release was put on hold until the band could properly promote it. The band enlisted multi-instrumentalist Chris Funk, from the band the Decemberists, to produce the record. This is his third time working with Red Fang, after having also produced Murder on the Mountains and Whales and Leeches. His influence can be heard on the track "Fonzi Scheme," where they enlisted the Portland Cello Project to help fill the space between their crunchy riffs. Arrows is their most experimental record yet, with more ambient space, strings, and even drums recorded at the bottom of a drained pool. Despite the new sounds, they don't step too far out of their stylistic comfort zone. Although the album does boast standout tracks between the slow-opening "Take It Back" and the dynamically strong closer "Funeral Coach" — "Two High" with its catchy chorus, "Anodyne" which has the power dirge style of the Melvins, and the title track with its classic Red Fang feel — there was definitely a conscious choice to make Arrows flow as a whole piece rather than a collection of songs that ended up on the same record.
— Larry Wheaton