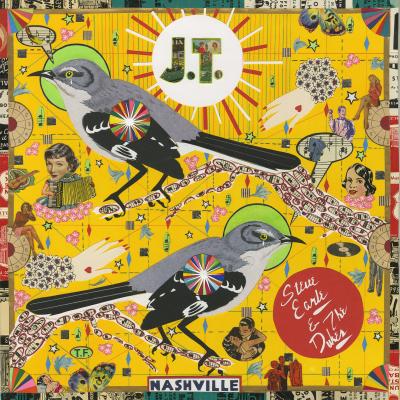 The latest release from modern troubadour Steve Earle is a covers record of songs written by his late son Justin Townes Earle, who passed away last November in Nashville from an accidental overdose. Earle takes some of his son's most memorable works like "Harlem River Blues" and "Champagne Corolla" and adds the signature Steve Earle sound that he has been perfecting since the 1980s. One of the standout tracks is "The Saint of Lost Causes," where he adopts a much darker tone than the original version from his son's final album. Lyrically the song hints at the addiction that Justin Townes Earle was facing, hitting even harder after his untimely passing. The final song on the album, "Last Words," is the only song that the elder Earle penned for this release. It recounts the last telephone conversation he had with his son, reflecting on the relationship they had. It's a heartbreaking farewell, one that anyone who's lost someone they love to addiction can relate to. It feels as though this album was one that Steve needed to sort through his grief and to help heal fans who held his son in such high regard.