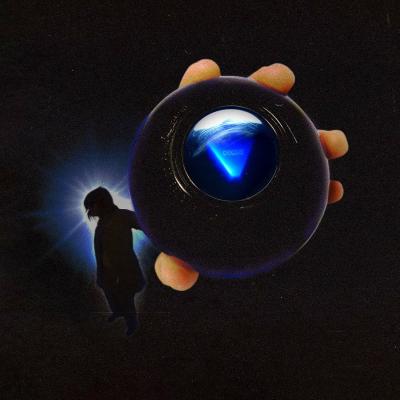 Unless I'm missing something, it's unlikely that many would recognize the stage name Djo, although it's easy to place the face (and haircut) behind the moniker. The musical project of Stranger Things star Joe Keery is, well, more than just that. Keery is no stranger to music, having played in psychedelic garage-rock band Post-Animal in the mid-2010s, and as Djo, the singer-songwriter has picked up a few tricks from some of his favorite artists, both current and past.

On debut Twenty Twenty, Keery experimented with warbly bedroom pop, sharing some musical DNA with Mac DeMarco, but DECIDE is different. With synths and vocal quirks clearly at the forefront, Djo conjures up a pastiche of synth-pop that would make Pitchfork blush; from Daft Punk to The 1975, everyone is here. Take for example the Tame Impala-inspired undercurrent of opening track "Runner," or lead single "Gloom," which finds Keery doing his best David Byrne impression. If this all sounds a bit forced, it's really not; listeners might be surprised to hear some truly interesting synth tones and vocal melodies spread across Djo's sophomore album. It's easy listening, and a strong sign that before too long, Djo might finally stumble upon a sound that's entirely his own.