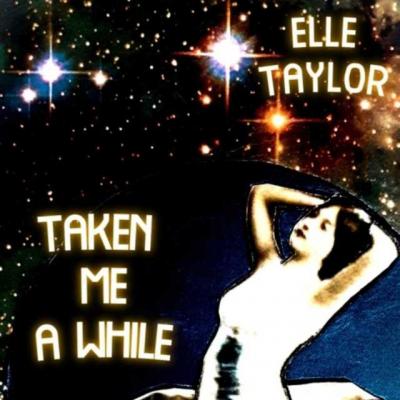 This may be Elle Taylor's first full-length effort, but her songs are crafted as well as any seasoned songwriter. She had been writing for years, but didn't turn her poetry into song until she started playing the ukulele in 2017, later moving to guitar in 2019. That doesn't mean that she abandoned the ukulele; you can still hear it on the song "Life by the Sea." Lyrically, she delves deep into her past life experiences to paint honest and descriptive pictures for the listener. Songs like "You're Not Mine Anymore" and "Fool" are as painful as they are beautiful. The 17 different musicians accompanying her on Taken Me Awhile read like a who's who from the Erie music scene; however, their contributions never outweigh Taylor herself. The instrumental work of both Teddy Rankin and Nick Warren should be noted for adding another layer to the songs, while Zoe Weslowski's vocal harmonies stand out as some of the strongest. One of the most interesting contributions comes on the track "Tricks," which features a small string arrangement. The diversity of the songs, along with the themes of love and loss are reminiscent of other indie favorites such as Bright Eyes, Magnetic Fields, or M. Ward.