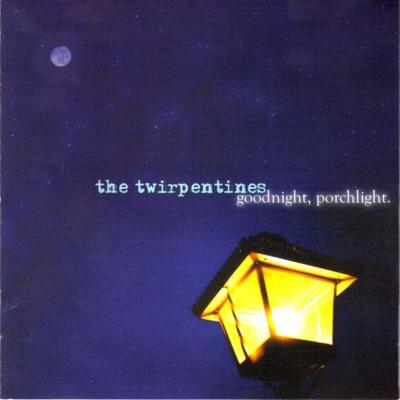 It's been twenty years since Meadville pop-punk/post-hardcore band The Twirpentines released their final album Goodnight, Porchlight, and thanks to A-F Records (Label and Home to Pittsburgh punks Anti-Flag) you can relive a time when everyone was playing The Sims and watching The Osbournes.

The album was initially recorded in April of 2002 at Mud Hut Studios in Sharon PA, with the band playing all the songs live, only overdubbing the vocal parts. The group was led by singer/ songwriter Fred Oakman who continues to make music under the names One If By Land and Fred Oakman & The Flood (with other Twirpentines alumni Troy Messerall). You can hear the influences by artists like Hot Water Music on the track "Forever In Song," Alkaline Trio on "Havalina," and Sunny Day Real Estate on "The Seams." There is even an inkling of the future folk-punk offerings that Oakman would give us today in the acoustic number "Against All Odds."

However, as Fred Oakman points out "the music that comes from this area has a Pennsylvania sound to it, it's hard to describe but I swear I can hear it in the songs that come from bands in our area." If you have ever been a part of the scene you would agree with his sentiments. Friend and fan of the band Chris Stowe now works for A-F Records and helped bring this reissue to fruition.

This is the first time *Goodnight, Porchlight has been released on vinyl and the digital transfer sounds great on your stereo, this is a must-have for anyone who collects local music. So put on those skinny jeans, crack open a PBR, and crank it up. – Larry Wheaton