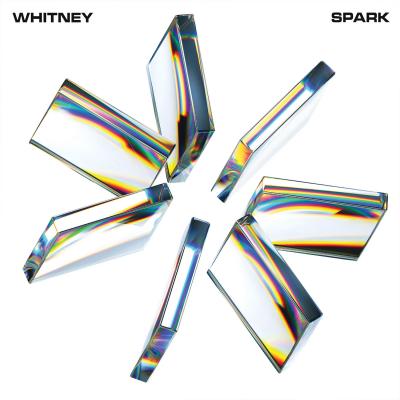 Something changed for Whitney after their 2020 covers album, Candid. Their first two proper studio albums floated on upbeat, lo-fi indie-rock and vintage pop, anchored by drummer and lead singer Julien Ehrlich's unique falsetto. These albums were beautiful, especially their 2016 debut Light Upon the Lake, but Candid opened the band's world to genres beyond indie-pop. It's arguable that Whitney — the band resulting in Max Kakacek and Julien Ehrlich's endeavors after the breakup of the Smith Westerns — has always had an undercurrent of R&B in their sound, incorporating slinky keys, horns, and sultry melodies when the time was right, but their third album, SPARK, brings these elements to the forefront without abandoning the band's core sound.

Take for instance lead single "REAL LOVE," which opens with a kind of electronic bass beat that was previously foreign to the band, or "TWIRL," a dreamy highlight that pitches Ehrlich's voice down against atmospheric, Bon Iver-esque pianos. Unfortunately, with the exception of triumphant closer "COUNTY LINES," the second half of the album isn't nearly as memorable, but for Whitney fans who treasure the band's pop side, SPARK is an admirable detour for one of indie-rock's most reliable duos.