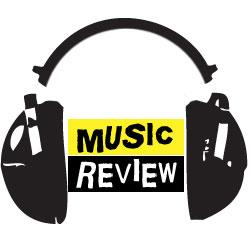 ?uestlove and The Roots may be sitting comfortably in their current position at "Late Night With Jimmy Fallon," but they prove that they're still one of the hardest working bands in the business on "undun." The Roots dive straight into new territory on their 11th studio album. "undun" revolves around the life and death of Redford Stephens as he tried to do his best surrounded by a rough urban neighborhood. The album starts with Redford's death, moving in reverse up until the point where he was just "trying to tip the scale" his way. Sounding at once bleak yet sonically inviting, ?uestlove and the group manage to tell Redford's tragic tale of hustling to survive without glorifying or vilifying  his life.  Instead, The Roots give us 40 minutes of excellent hip-hop storytelling.

Posthumous releases are tricky things. Often, the albums are chockfull of throwaway songs, with a few unreleased tracks to shamelessly woo fans still in mourning. Rarely, one stands on its own as an excellent album, such as Elliott Smith's "New Moon." "Lioness: Hidden Treasures" finds itself somewhere in the middle. Ranging from reworkings of older songs to material intended for an unrealized third album, "Lioness" provides 45 minutes of solid tracks. The problem with the album is that most of it doesn't stand out. It's always a pleasure to hear Amy Winehouse's voice, but on "Lioness" she seems tamed, hushed away from the personality that made her a star. Where Winehouse used to command the listener's attention with her bravado, "Lioness" seems to shy away from who she was at her best – a troubled, but supremely talented artist.

After finishing second on "The Voice," Dia Frampton found herself with scores of new fans. Now with a more mainstream audience, Frampton released her first solo album away from her sister Meg. While more polished than her previous efforts in Meg & Dia, unsurprising given the various celebrity backing her new album received, "Red" stays true to Frampton's roots. With enough sugary choruses to back up Frampton's sweet voice, "Red" is accessible enough for mainstream pop fans, but has enough surprises to keep it interesting. Lyrically, Frampton delves into dark territory, singing about a close friend being molested as a child in "Good Boy" and her younger sister's tough time around their feuding parents in "Isabella." The album missteps when it's too radio-friendly, like on Frampton's duet with Blake Shelton, her vocal coach on "The Voice," but "Red" still manages to please.

Give Reznor and Ross more time, they'll give you more content. David Fincher learned this when he welcomed back the duo to compose the score to his latest film. Fincher first paired with them for the Academy-Award winning score for "The Social Network." Before they produced little over an hour's worth of material in limited time; now, they had 14 months, leading to a mammoth industrial landscape of over three hours of music. The score—as does the movie—opens with "Immigrant Song," featuring Karen O searing against thick, chunky guitars. Reznor fans will rejoice over the rest of the album. It isn't easy listening—just like Fincher's movie isn't easy watching. Like "The Splinter," featuring swells of strings and haunting chimes, the album infects the listener with squirmy tension designed to keep us uncomfortably on the edge of our seats, and there we remain. For three hours.