Two local acts are reviewed in this issue. Can you guess which ones? Here's a hint: one of them is Falling Hollywood. 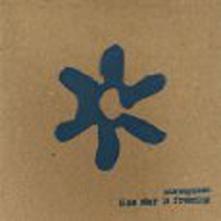 Bloc Party
Four
Frenchkiss
It's not too uncommon to see former buzz bands scuffle after wowing on their debut album. Much like The Strokes and The Arctic Monkeys, Bloc Party has experienced a consistent slide in quality since initially taking critics by storm. "Four," Bloc Party's fourth album (no surprise there), continues this unfortunate trend. The album retains some of the touches of what made "Silent Alarm," the group's debut, so good. The dual-guitar attack of Russell Lissack and Kele Okereke still makes up the basis, while Okereke's unhinged vocals continue to draw much of the attention, but a huge element is missing on "Four" – urgency. Unlike on "Silent Alarm," these new songs almost feel sloppy, unlike the precise, essential feel of before. Songs like "Octopus" and "So He Begins to Lie" contain pieces of the original material, but "Four" is an inconsistent jumble of good and bad. - 3 stars - Alex Bieler

Redd Kross
Researching the Blues
Merge Records
It wouldn't be too surprising if some people thought that Redd Kross was a new band just releasing their debut album. That can happen when you haven't released a new record in 15 years. Still, even with all the potential for rust in the decade and a half between the 1997's "Show World" and the new "Researching the Blues," Redd Kross certainly doesn't sound like they left their act in the '90s. Redd Kross doesn't necessarily break any new barriers over these 10 new tracks, but they didn't really have to. What they do provide is a focused 32 minutes of pop-rock. "Researching the Blues" is, quite simply, a guitar-driven piece of rock 'n' roll with hints of glam and garage liberally mixed in for good measure. With sky-high guitar riffs flying and a fun feel throughout their new album, Redd Kross certainly made the most 15 years. - 4 stars - Alex Bieler

Falling Hollywood
Set the Table
Independent
While not always a definitive take on a band's career, the debut album marks the ever important first impression. In Falling Hollywood's case, "Set the Table," well, sets the table wonderfully for the local folk-rockers' future. While folk-rock would be the easy description for the foursome, there's many shades of other influences to Falling Hollywood's musical canvas, including punk and old-fashioned rock. From the beginning chords of excellent album opener "Slow Down," "Set the Table" shows an ability to channel the "fighting injustices through music" sensibilities of Frank Turner and the sincerity of The Avett Brothers. While 14 tracks may seem long to some listeners, the efforts of cousins Nick Taylor and Matt Flowers, as well as fellow musical family members Bill Frackowiak and Brad Triana, this debut never overstays its welcome. "Set the Table" serves as an excellent taste of Falling Hollywood's gifts and makes you hungry for more. - 4.5 stars - Alex Bieler

onewayness
Blue Star Is Freezing
Onomastic Records
With only three songs, listeners may think of this as another EP from experimental electronic Erie musician Adam Holquist. But clocking in at over 40 minutes, this is the debut full-length album of onewayness, Holquist's moniker for a project that began 10 years ago. "Kill All Voices" sets the ethereal scene for Holquist's sound – a melding of synthesizers, spoken word and field recordings, and myriad acoustic and electric instruments that capture the essence of onewayness: meticulously crafted soundscapes that don't come off as overly produced. Beginning with a fog of thick, slow synth, "Kill" bursts open at the eighth minute with drums driving the song for the next seven minutes before collapsing to quiet, brooding sounds that segue to the album's closer "Nothing Is Hidden" using the transient "Blues Star Returns." With three songs with multiple movements, listeners will have no problem warming up to onewayness with hopes that another record is on its way. - 4 stars - Ben Speggen