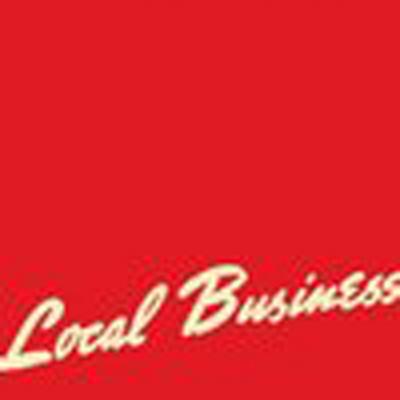 It doesn't take long for Titus Andronicus frontman Patrick Stickles to set the tone on "Local Business," the band's latest album. Just a few seconds into opener "Ecce Homo," Stickles' growling Conor Oberstian vocals can be heard proclaiming "I think by now that we've established everything is inherently worthless/ and there's nothing in the universe with any kind of objective purpose." Of course, fans of Titus Andronicus should find this dour outlook as business as usual from the New Jersey rockers. However, the band has evolved since 2010's excellent "The Monitor." The group sounds tighter than before, and the production is cleaner than on previous albums. While "Local Business" doesn't feel quite as epic as "The Monitor," a tough task for any band, there's still plenty of high-flying, sing-a-long-loving, moments of exhilaration throughout the album. "Local Business" is ragged, gloomy, and an absolute blast. – Alex Bieler
4.5 Stars

For a band dropping its debut full-length album, Kopecky Family Band sure isn't at a loss for material. After three EPs, including 2010's excellent "The Disaster," the Nashville, Tenn. sextet has already received some critical loving from NPR, KEXP, and more for their high energy blend of indie pop and folk rock. On "Kids Raising Kids," Kopecky Family Band continues to impress with the band's tight-knit sound. Led by Kelsey Kopecky and Gabe Simon trading off lead vocal duties, the band showers their tracks with excellent harmonies that help rousing tracks like album standouts "My Way" and "Angry Eyes" hit their peak. In addition to the layered vocal effect, the group is able to add several musical touches like strings or horns without it sounding excessive. On "Angry Eyes," Kopecky and Simon ask "Are you with me?" After hearing "Kids Raising Kids," plenty of people should be. – Alex Bieler 4.5 Stars

The title of BoH's fourth studio album either intentionally reflects the composite of 11 new tracks; or, the collection marks the full shift of a formerly exciting indie rock band to a pop-induced folksy group only good for background noise. Album opener "Knock Knock" is an infectiously delicious sugary yet rich reminder of the band's former capabilities. The rest of the album scatters out like a shotgun blast – CSNY-ish tunes over here ("Long Vows") and '90s-esque bubblegum over there ("Feud") and some awkwardly combining the two ("Dumpster World") – results, albeit fun at times, likely from various lineup changes and success of 2010's pop-driven "Infinite Arms," BoH's first album with Columbia. Is the Ben Bridwell band deliberately commenting on the status of rock with an album full of mirages, or is the band just a former shell of itself? Their next album will render the verdict – that is, if Bridwell has anything left worth giving. – Ben Speggen 3 Stars

After a decade-and-a-half with Death Cab for Cutie, frontman Ben Gibbard is stepping out on his own with his first solo album. A set of 12 songs set across "eight years, three relationships, living in two places, drinking and not drinking," Gibbard seems serious about separating "Former Lives" apart from Death Cab, even opting to go by Benjamin on the record to give it a more "regal" feel. The album kicks off with a quick a cappella track before heading into "Dream Song," a delightful track with shades of Elliot Smith mixed in with Gibbard's usual lyrically-led fare. After "Dream Song," however, there isn't anything that really demands your attention. "Former Lives" doesn't really have a bad song, per se, but nothing feels very essential, either. Ultimately, "Former Lives" is a pleasant batch of songs, but nothing that will attract my attention down the road. – Alex Bieler 3 Stars