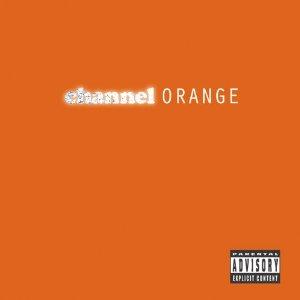 Frank Ocean
channel ORANGE
Def Jam
At heart, Frank Ocean is a storyteller. Before gaining fans after releasing his mixtape, "Nostalgia, Ultra," Ocean was writing verses for John Legend and Justin Bieber. Now free of relative anonymity, Ocean continues the narrative in his own way. On "channel ORANGE," each song acts as an individual piece about separate individuals, all linked through themes of requited love, addiction, and disillusionment. Ocean's lyrics are incredibly heartfelt and inclusive, not surprising for a man that recently published an open letter about loving another man, despite the ripples it may send through the R&B and hip-hop community. Through his words and expressive voice, Ocean ties everything together wonderfully, from the gorgeous confessional "Bad Religion" to the 10-minute shapeshifter in "Pyramids." "channel ORANGE" is a mix of old and new, of Street Fighter II samples and breaking new barriers, all resulting in one beautiful story.

Dirty Projectors
Swing Lo Magellan
Domino
There must be a lot going on in Dave Longstreth's head. As the main mind behind the Dirty Projectors, Longstreth incorporates a multitude of musical ideas, from math-rock tinges to off-kilter rhythms and harmonies. With this eclectic mix of sounds, the band has been able to produce intricately crafted songs that, while very enjoyable, can be a bit hard to completely digest without several listens. On "Swing Lo Magellan," the Dirty Projectors have released some of their most accessible music to date, without sacrificing any of their usual eclecticism and quality. The songs still aren't completely straightforward, nor should they be, but the tunes connect with the listener much more than before. "Swing Lo Magellan" feels much more relaxed, and Longstreth's warbles, as well as the lovely backing vocals of Amber Coffman and Haley Dekle, seem more open as a result.

JEFF the Brotherhood
Hypnotic Nights
Warner Bros.
What happens when you take a fraternal garage rock duo and add in the production work of half of one of the biggest rock duos at the moment? Apparently, nothing too different. At least, that's the case on JEFF the Brotherhood's major-label debut, "Hypnotic Nights." With Dan Auerbach of The Black Keys producing, the Nashville-based Orrall brothers make slight changes to the sludgy sound they've employed over the past decade. With sitar and horn sections making appearances on the album, "Hypnotic Nights" does contain some surprises, but for the most part, they don't veer the duo into unmarked territory. The three-string guitar riffs are still there, although they don't always hit hard enough. "Hypnotic Nights" can feel repetitive over its 11 tracks, although album closer "Changes," an out-of-place synth-fueled Black Sabbath cover, raises some eyebrows. There's some worthy rock on here, but nothing too essential.

Zac Brown Band
Uncaged
Atlantic
The Zac Brown Band opens its new album with "Jump Right In," a clear call to action for listening to another bubbly collection of country-based tunes fueled by polished melodies and tight harmonies, which make for good summer junk food listening. The title track follows, quickening the toe-tapping pace of the album, and songs like "The Wind" capture the intensity ZBB's known for packing into live shows, which should keep fanboys and girls alike pleased. While "Island Song" offers a nice hip-swaying groove, the lyrics come off as shallow and boilerplate for any island jam, and Brown stretches his vocals too far in his attempt to capture the calypso feeling the song needs. "Day That I Die," featuring Amos Lee, helps the album rebound with lush harmonies between Brown and Lee and anthemic lyrics, proving they are good songs here – just nothing too out of the ordinary for ZBB.