All An Act Proudly Presents Crimes of the Heart

A hilarious, dysfunctional family tale, this 1981 Pulitzer Prize-winner follows the Magrath sisters as they have gathered to wait and hear the fate of their dying grandfather. 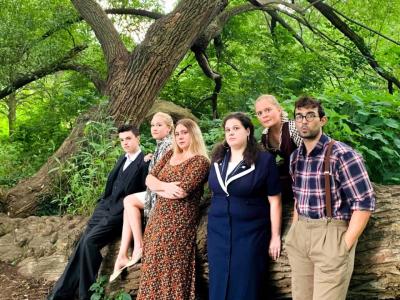 All An Act is bringing another big production to Erie's stage — Beth Henley's Crimes of the Heart. A hilarious, dysfunctional family tale, this 1981 Pulitzer Prize-winner follows the Magrath sisters as they have gathered to wait and hear the fate of their dying grandfather.

J.D. Mizikowski, director of this production, states "I'm excited for Erie audiences to see a very strong cast truly bring the production to life. While Crimes of the Heart is an often produced play, there is a reason for that. The text is still as slick, funny, and heartfelt as it ever was."

When asked about what, if anything, was different in this production of Crimes of the Heart compared to others, Mizikowski stated that "As far as the spin we are bringing to it, the set is a bit more [of an] open concept with few walls, giving a great deal of playing for the actors."

When actors are able to play with the space and have fun with what they're doing, then it's a guarantee that anyone watching will have just as much fun too. — Kalli Oberlander