Hop on over for a hare-raising good time 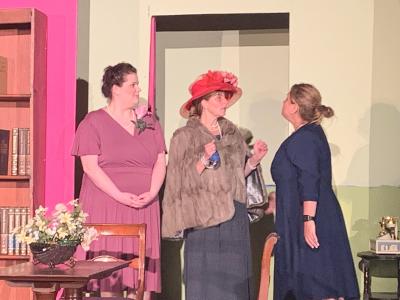 Elwood P. Dowd always insists that his friend Harvey is included in his sister Veta's social gatherings. The only problem is, Harvey is an imaginary six-and-a-half-foot rabbit.

To prevent any future embarrassments for her family — especially for Myrtle, her daughter — Veta decides to have her brother committed to a sanitarium. Upon arrival at the sanitarium, a comedy of errors arises, leading to a search for Elwood and his invisible friend.

Once they turn up, Elwood and Harvey have a strange influence on the staff of the sanitarium, including more than one of the doctors employed with his care. What follows is a hilarious classic fantasy that will keep audiences laughing.

Written by Mary Chase and premiering on Broadway initially, Harvey has been adapted for both movie and television since its 1944 debut, in both domestic and foreign markets. It has also been adapted as a stage musical, Say Hello to Harvey, which opened in Toronto in 1981. Arguably the most notable adaptation is the 1950 movie Harvey, starring James Stewart and Josephine Hull — the latter of which won an Academy Award for Best Supporting Actress in the film.

Proof of vaccination is required to attend the show, with masks strongly encouraged but not required. — Ally Kutz