Multiple acts gives way to a night of music aplenty 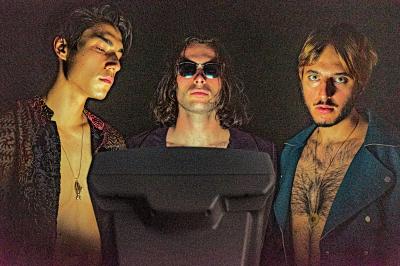 America Part Two formed in 2017 in New Jersey, and shortly after recorded their debut EP, Pure, which is equal parts pop-punk and emo. In 2018, the trio released the much darker, rawer, and more politically charged single "Split", with the chorus "Well maybe it's too f-ing late for you, but we fight for America Part Two," tying in the band's name into the song's meaning. Showing further versatility in their sound, in July of this year the band released another single with strong grunge-rock vibes, titled "I Don't Wanna."

Erie's own Real Fake Doors are one of the city's quickest growing pop-punk bands, bolstering their fanbase by opening for every show they can get their hands on. This year they released their debut EP, 11th and State, along with the anthemic single with accompanying music video, "Falling."

Opening acts also include Nox Boys, from Blawnox, Pa., and Erie's Penny Racer. Nox Boys' style draws from garage rock, grunge, blues-rock, and punk. These influences can be heard in both their 2014 self-titled debut album and its follow-up Out of Touch, released in May of this year. Penny Racer is one of Erie's newest bands, and just released their first demo in March, containing three tracks of punk-rock akin to bands like Jawbreaker and Alkaline Trio. — Tommy Shannon