Welcome to a whole new level of the King's Rook Club

by Cory Vaillancourt
View ProfileFacebookTwitterGoogle+RSS Feed
September 17, 2014 at 6:20 AM 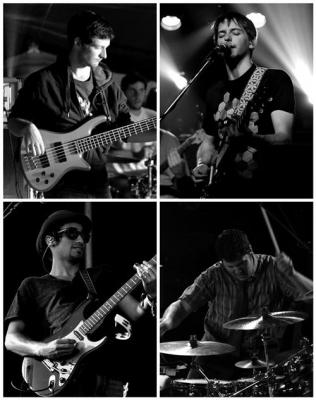 So Buffalo-based rock / groove band Aqueous is playing at the King's Rook Club on Saturday, Sept. 27, but that's hardly notable. Aqueous has been a fixture on the local music scene for several years, and the King's Rook has been on the ascent, live-music-wise, since last winter.

What is notable, however, is where in the Rook Aqueous will be playing – the spacious and mostly-unused downstairs level of the club.

That's right, Rooksters – unless you happened to catch the Hit & Run reunion show a few weeks back – you probably have no idea that just beneath the pool tables, homey décor, and full-sized school bus on the second level lies a gigantic performance venue with an elevated stage, state-of-the-art lighting and sound, and a club-like atmosphere that in the past has hosted everyone from the likes of Bo Diddley to an up-and-coming Alice in Chains before the band broke it big in the '90s grunge scene.

It's been a mission of the Rook's board to revive the space, and they chose Aqueous – who are no strangers to the Erie music scene – to officially re-christen the stage.

"We're just trying to introduce our crowd to larger bands – bands that have kind of gone missing here in town over the last few months," said Jon Wallin, bar manager at the King's Rook Club. "Aqueous brings a great crowd, and they have a lot of local support here."

The cover is $7, the doors open at 8, and music begins at 9 – but to sweeten the deal, the Rook is also hosting a free pre- and after-party with Gnosis upstairs. Also, your cover buys you a one-year membership to this members-only club, so stop down and check out what is (sort of) Erie's newest live music venue. – Cory Vaillancourt