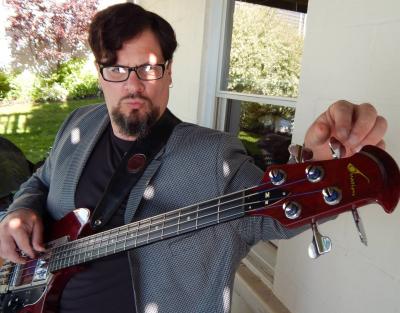 Saturday, Jan. 12
Stephen Trohoske is well-known throughout the Erie area for his skillful bass playing, captivating audiences for decades. But this local musical ambassador is not afraid to share the stage with other wonderful people and acts. On January 12, Trohoske's Art Groupies (TAG) will be painting a vivid picture with sound at the one and only Kings Rook Club.
What's special about this hip collective is that the door is always revolving, allowing other players and vocalists to be a part of this unique band. Concrete members such as the world-renowned Tony Grey, Eric Brewer, Elly Vahey, and others will relentlessly set the stage ablaze performing improvisations and timeless covers. Since Mr. Trohoske welcomes others to play along with the "groupies," there's no telling who he might bring on board this time around. In other words, you should expect some surprises — such as vocalist Brittany Morton (of The Groove) taking the stage for a few songs.
Coming off of the innocent high of his latest album Soundtrack of a Daydreamer, which was well-received by the Erie community, Trohoske still finds time to let the limelight shine upon his team of brilliant musicians while maintaining his creative hub, Artlore Studio, with his wife Lena Logvina. Regardless of musical preference, TAG has something to offer each and every music lover, from reggae-funk to old-school jazz to post-punk cuts. You won't know whether to take a shot or have yourself a cocktail with the range of sound being so vast and beautifully random. If there's one thing this gathering of rhythmic geniuses knows, it's how to blend genres into a soul-nurturing concoction every time they hit the stage. This performance will take your ears on an odyssey far beyond this world while inviting others on board for the next trip. You don't want to miss this sonic vacation. — Charles Brown

Year of the Nurse

by Matt Swanseger4/23/2021, 4:01 PM
All An Act's pre-recorded dress rehearsal streaming this weekend only