Attainable Education for Everyone 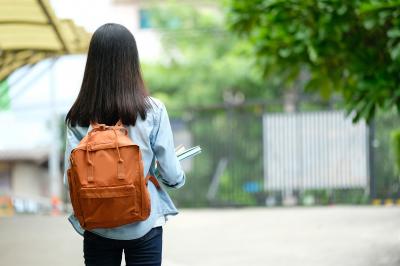 I'm reminded again of how far our state capitol is from anywhere that isn't Philadelphia. I'm up at 5 a.m. for another trip to Harrisburg. I'm joining a bus there to rally the Pennsylvania Board of Education to recommend that Erie County be designated as the next site for a community college. I personally find this issue important and feel this resource is necessary for our region to thrive. To this day, I carry the same shock that Erie does not have its own institution as when I first found out. The community college in my home county of Allegheny was intrinsic to the educational ecosystem.

In my junior year of high school, as we began conversations about post-secondary education, CCAC was always at the beginning of discussions. CCAC, the Community College of Allegheny County, was a community staple, with campuses all over the county. Its presence was ubiquitous; everyone knew someone who attended or at one point took a class at the local community college. As the class of 2011, we were at the tail end of the millennial generation. We read and listened to stories about the recent financial crisis, which was hitting the older end of our generation the hardest, being saddled with student debt and struggling to find work in a tight job market. To the best of our abilities as soon-to-be college applicants, we had to be considerate of our financial futures. It was commonly known that if you attended CCAC for your first two years of school while you finished your general education requirements — curriculum that is generally mandated for most degrees of study — you would save thousands of dollars. It was an option that could make attaining a four-year degree more affordable.

I personally never attended CCAC, but my family is one of many households that have been impacted and helped by the resource. Although I attended Edinboro University, I often found myself looking at their catalogs and considering taking classes at home to save money. After struggling during her first year at Indiana University of Pennsylvania, my sister returned home to Pittsburgh and began taking classes at CCAC rather than dropping out of college.

During my time at Edinboro, I met many students like my sister. In the fall semester, the campus would be filled with energy and life, but after we returned from holiday break, the campus seemed emptier. Every year, students who were unprepared for college or not able to financially support themselves left after the fall semester. Many of them were Erie natives. Unlike my sister, Erie natives do not have the fallback and academic and financial support that community colleges provide.

These students are like many residents in Erie, in a place that could open doors — but without the proper preparation, they are left out of great opportunities. Erie County is at a critical moment. We are witnessing a Rust Belt Renaissance, but we need an inclusively educated and trained workforce to build our future.

Many of our local elected and business leaders have supported and backed the need for a community college. I have never witnessed the community rally together behind a cause like they have this one, but on Wednesday (Nov. 13), I saw state leadership shortchanging the people of our county. The subcommittee for the Erie Community College failed to make a recommendation but instead recommended a hearing on an issue they have already been reviewing for two years.

Erie lacks the workforce to sustain itself, whether it's in the trades, nursing, or tech, but we have the human capital to change this. Traditional four-year institutions are not financially accessible for all students. Traditional colleges do not accept all students. Even for those accepted, not every student is prepared for the collegiate level upon high school graduation.

The time is now to make this happen. We cannot allow another generation of students to slip through the cracks.

Marty Nwachukwu is a community organizer with Erie County United. To get involved, get a hold of them at contact@eriecountyunited.org