You can wait for tomorrow's press conference, or... read this.

by Cory Vaillancourt
View ProfileFacebookTwitterGoogle+RSS Feed
July 22, 2013 at 11:10 AM 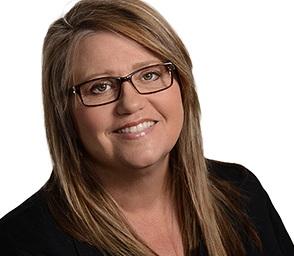 Lisa Austin will hold a press conference at 6 p.m. tomorrow in Suite 605 of the Masonic Temple building located at 32 W. Eighth St., where it's widely speculated that she will announce a write-in campaign for the Erie County Council District 2 seat she was denied during the primary elections last May.

I mean, why else would she go to all the trouble of holding a media event? To announce she's not running?

This past May, Austin emerged from a crowded field of candidates -- including David Pamula, Renee Vendetti, and long-time incumbent Joe Giles --  to (seemingly) defeat fellow Democrat Andre Horton at the polls; not long after, it was announced that Horton bested Austin by 10 votes because some wacky hi-jinks ensued wherein the votes from an entire precinct simply weren't counted – oops!

A full recount ensued, as well it should have, and every candidate's vote total changed slightly – oops! – which was just as disconcerting as that whole "forgetting to count the votes from an entire precinct" thing. But Horton again walked away with the Democratic nomination by a simliarly slim margin and was proclaimed the Democratic nominee.

Accordingly, Horton will face Republican Ned Smith in November general election, and has a better-than-average shot at defeating him. Or, should I say, had.

Austin's already proven she can (seemingly) beat him at the polls, and running in the general election – where she can now take advantage of Republican support Horton doesn't appear to have – just might make her the odds-on-favorite, despite Horton's extremely effective election-day operation and  the inherent difficulties of running a write-in campaign; since her name will not appear on the ballot, voters will need to write her name in manually at the polls.

Luckily for her, it's an easy name to spell.

Cheap Cheap: Learning on a Budget