Avi Avital's Between Worlds Program Will Span the Genres at MIAC

Experience Avital's ability to move gracefully through baroque and classical music, and on to jazz and traditional Jewish folk music. 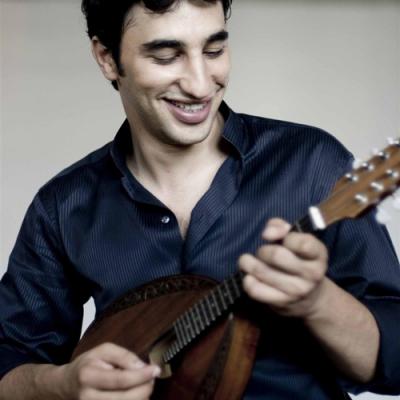 Avi Avital is on a mission to revitalize the mandolin's legacy. And it seems to be working – the Israeli-born mandolinist has performed across the globe, from Carnegie Hall to the Berlin Philharmonic.

See Avital at MIAC to experience his ability to move gracefully through baroque and classical music, and on to jazz and traditional Jewish folk music.

The Grammy-nominated musician has been lauded by the New York Times, but you don't have to take their word for it: Give his NPR Tiny Desk Concert a try. Or, even better, go see him at the Mercyhurst Institute for Arts and Culture on March 10 to experience Avital's ability to move gracefully through baroque and classical music, and on to jazz and traditional Jewish folk music.

The Mercyhurst performance will see Avital joined by accordion and percussion for his Between Worlds program – a cross-cultural concert featuring his transcriptions of Bach, Bartók, and other composers, with a healthy dose of traditional Eastern European melodies mixed in. Check it out and see why this humble writer finds the mandolin to be the sexiest of the stringed instruments. You can thank me later. – Sara Toth