B.D. Lenz Delivers Virtuosity and Versatility at the Anchor In

New Jersey's B.D. Lenz will join Erie's own Frank Singer on guitar for three hours of laid back grooves in the cozy confines of the Oasis Pub's understory. 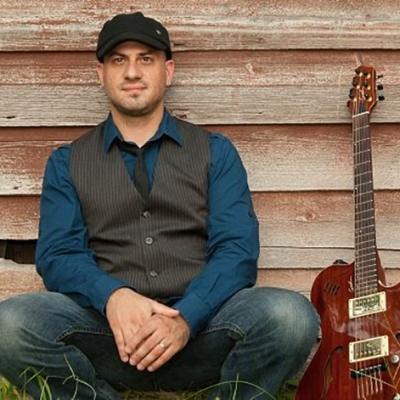 It may sound like your daddy's music, but trust me – the Anchor In is (probably) way cooler than your parent's basement.

There will be no dirty laundry or litter boxes in sight for this installment of the Friday Night Jazz series, just the clean phrasings of two cats who really know how to pull some strings. New Jersey's B.D. Lenz will join Erie's own Frank Singer on guitar for three hours of laid back grooves in the cozy confines of the Oasis Pub's understory. Both have been students of the instrument since their early teens, and it's evident in their fluid and articulate playing.

Lenz swings and slinks with the bluesy swagger of a Kenny Burrell on some recordings and soars into the spacier, new-agey fusion of a Pat Metheny on others.

Lenz, a former math teacher, can count himself among the most coveted players in jazz today. His music has appeared on hundreds of TV shows, including Breaking Bad (AMC), Catfish (MTV), and Anthony Bourdain's No Reservations (Travel Channel). He is noted for his versatility in addition to his virtuosity, swinging and slinking with the bluesy swagger of a Kenny Burrell on some recordings and soaring into the spacier, new-agey fusion of a Pat Metheny on others.

Singer, a regular at the Anchor, has collaborated with scores of talented musicians over the years and should be equal to the task as bossa nova, Latin, blues, hard bop, and fusion fill out the syllabus Friday night. — Matt Swanseger