Beethoven's 'Ode To Joy' at the Erie Philharmonic 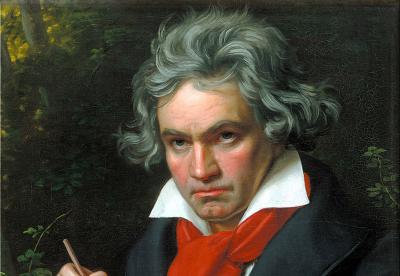 The Erie Philharmonic will open their 2022-23 Symphonic Season with Beethoven's "Ode To Joy'' along with "Oceans" by Icelandic Composer Maria Huld Sigfúsdóttir. The Philharmonic Choir, under the direction of Thomas Brooks, will join alongside Daniel Meyer to perform Beethoven's Ninth Symphony in its entirety.

"As Beethoven's crowning symphonic achievement, the Ninth Symphony looms large with its orchestral might, celestial beauty and spiritual grandeur," reads the concert description.

Alongside the symphony, the Erie Philharmonic will also perform "Oceans" by Maria Huld Sigfúsdóttir, which is described by the symphony as "a colorful and evocative work inspired by the Arctic Ocean. With a deft touch and keen ear for sweeping soundscapes, Sigfúsdóttir's music captivates with its shimmering effects and churning musical waves."

Sigfúsdóttir is a Grammy-award winning composer, writing for film and television along with works for orchestra and choir. "Oceans" was performed by the Icelandic Symphony Orchestra and featured on her album Concurrence, which was named by the New York Times as one of the best classical music albums of 2019. She graduated from the Reykjavik College of Music in 2000 as a violinist, and would go on to obtain her bachelor's degree in composition from the Iceland Academy of the Arts. Five years later, Sigfúsdóttir won a prize at the International Rostrum of Composers (IRC) for her work "Sleeping Pendulum." Along with performing and touring in the bands Amiina and Sigur Rós, she has worked with groups such as the Los Angeles Philharmonic, the Fort Worth Symphony Orchestra, the Icelandic Symphony Orchestra, and the London Sinfonietta.