Behold the Pines of Rome with the Erie Philharmonic

A musical opus that transcends the ages 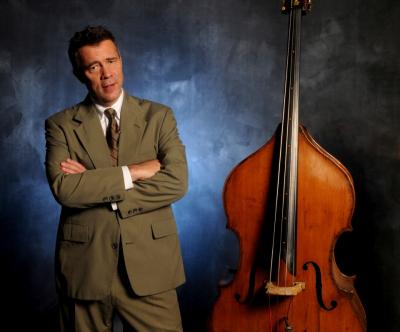 You've seen the Real Housewives of Orange County, Miami, and Beverly Hills; of Athens, Vancouver, and Hungary; but you've never witnessed anything so rich as the real Pines of Rome. From the producers that brought you classic dishes such as pesto alla genovese and countless "Greetings from Italy!" postcards comes a musical opus that transcends the ages.

Pinus pinea — otherwise known as the umbrella or stone pine — is as symbolic of Rome as the teacup Shorkie is of the bourgeois housewife, and the subject of Italian composer Ottorino Respighi's definitive work. Since its debut in 1924, Pines of Rome has proven itself consummate evergreen material. The titillating tone poem takes listeners through four scenes — a frolicsome afternoon in the Villa Borghese gardens; a reverential evening at the mouth of an ancient catacomb; a tranquil, moonlit night on Janiculum Hill (punctuated by nightingale samples — Respighi presaging the modern hip-hop producer!); and a triumphant military procession down Appian Way in the misty dawn — from the viewpoint of the trees.

Despite the sylvan perspective, expect anything but a wooden performance from the Erie Philharmonic, who will showcase the piece in the latest installment of their Symphonic Series. And especially not from guest soloist Edgar Meyer (no relation to conductor Daniel Meyer), renowned for his mastery of the double bass. Combining technique, musicianship, and compositional skill, Meyer makes his bulky bass "sing" in a manner more characteristic of smaller stringed instruments. The low-end virtuoso will fill out the midsection of the show with his own Concerto in D for Bass and Giovani Bottesini's Concert for Double Bass No. 2 in B Minor.

Opening the show will be Beethoven's "Leonore Overture No. 3," a sweeping and dramatic work from the seminal composer's one and only opera, Fidelio. Following the story of Leonore, a real devoted wife who disguises herself as a man to rescue her husband from a political prison, Fidelio was rebooted more times than your favorite Hollywood franchise. It was such a perennial pain in Beethoven's posterior that he declared, "This opera will win me a martyr's crown."

Although it was Fidelio (1814) that ultimately found favor with Viennese audiences, the 1806 version's "Leonore Overture" (labeled No. 3, although it was technically the first rewrite of the original) is the one most cherished in terms of musical merit, although it was initially criticized for overwhelming the action onstage. Turns out it was just too good to ride the pine. — Matt Swanseger