Ben Folds // So There

There's nothing complacent about an artist whose compositions remind a listener of Gershwin's "Rhapsody in Blue." 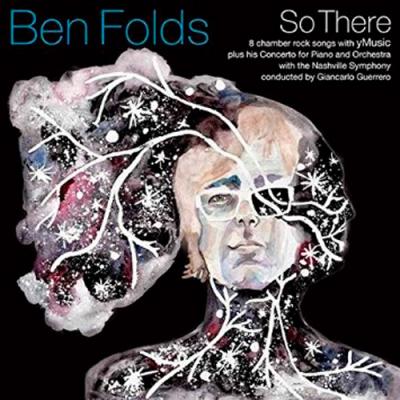 After a decade of huge success, a lot of artists get complacent and lazy: release an album of B-sides or strip down their usual stylings into a bunch of drum-machine-backed schlock. Ben Folds takes the opposite tack here. The first eight songs use the talents of the nuevo-classical group yMusic to add rich layers of strings and horns to Folds' often funky piano riffs. The title track's bridge is a prime example of the striking depth that can be achieved by seven adroit musicians. But Folds doesn't lose the usual quirky schtick of his lyrics, often combining the subtle trivialities of everyday life with the sublime and majestic. And speaking of majestic, one can find it in the final three tracks: "Concerto for Piano and Orchestra" was performed by Folds with the Nashville Symphony. There's nothing complacent about an artist whose compositions remind a listener of Gershwin's "Rhapsody in Blue." —Bryan Toy