Bending The Narrative With The Slants 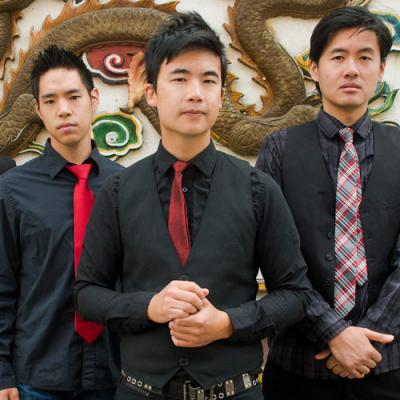 Making music is only one small part of what makes The Slants sublime. Rising and resisting out of Portland, Oregon, this all Asian-American dance-rock band will be playing at Basement Transmissions. Obtaining artistic influence from Neon Trees, Passion Pit, Muse, and Michael Jackson, this band is monumental.

As a multi-faceted group, The Slants take on many faces as a collective and artistic ensemble. Using their platform to speak out about racism and inequality amongst minorities and people of color, their music and motivations give voice to those without one. As well, they initiate conversation regarding the immense lack of recognition of Asian-American artists as well as Asian-American communities in this country. From their Supreme Court battle to legally acquire the band's name to the messages that they spread through merely existing, they are constantly making waves toward equality and representation of marginalized peoples.

As a young child, Simon Tam — the band's creator and bassist — dreamed of becoming a musician. As he moved toward adolescence, he was gifted his first bass guitar. However, when he wasn't playing or dreaming of taking the stage, he volunteered at nonprofit organizations in order to help those in need. These early passions prefaced his life of music and activism and served as the catalysts behind one of the first internationally-touring Asian dance-rock bands in the world. Jon Box, founder of THE BOX Street Couture — which will be sponsoring the show — finds inspiration from their mission: "Their (The Slants) perseverance to not let the system dictate their rights as artists to name their band as they prefer has been an inspiration. As an artist, it is important to have the freedom and defend our creative rights. Along with colleague Bigg Wash, we feel that local Erie artists needs to hear their story."

Before the show from 5:30 to 6:30 p.m., Tam will be speaking at Gannon University regarding the band's Supreme Court case that, after fighting tooth and nail, landed in their favor this summer. The event takes place at the Gannon University Palumbo Academic Center in Room 2005. Registration begins at 5:00 and admission is free to Gannon students and the general public. After the event, head over to Basement Transmissions where The Slants will hit the stage along with local hip-hop artists Doc Proto and Charles Brown (C. Brown), the purple-jam-birthed MotherBox, and hip-hop/jam hybrids The LEC. — Maddie Hepler