Those who venture to the Kings Rook for its Big Something-Haewa double feature will receive a glimpse of the summer festival experience. 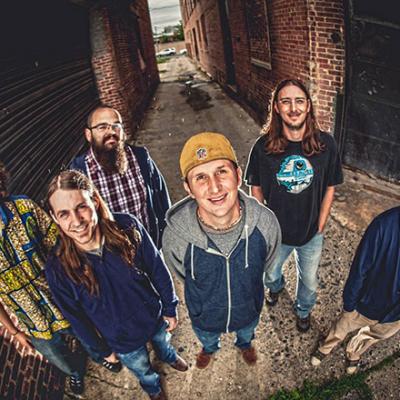 Both language's greatest peril and greatest beauty is in its subjectivity; the same word(s) can mean different things to different people. To anyone who has ever dwelt with or neighbored an "aspiring musician," the term "jam session" might elicit feelings of dread, helplessness, despair – or, like Ms. Edison Taylor, an overwhelming impulse to plunge from a high altitude.

But to the tens of thousands who flock to summer festivals such as Bonnaroo, Firefly, or the (more local) Great Blue Heron to watch accomplished musicians jam out, the phrase holds a much cheerier connotation – unity, vitality, a sense of connectedness with the music and one's surroundings. Those who venture to the Kings Rook for its Big Something-Haewa double feature will receive a glimpse of the summer festival experience, although black lights are as close as you'll come to soaking up rays and shoes/shirts are required.

Big Something will take the stage in the downstairs concert complex with its energetic and infectious blend of funk, rock, electronica, and hip-hop. The North Carolina collective consists of frontman/guitarist Nick McDaniels, bassist Doug Marshall, keyboardist/trumpeter Josh Kagel, lead guitarist Jesse Hensley, drummer Ben Vinograd, and Casey Cranford, who plays saxophone and a fascinating apparatus called an EWI (Electronic Wind Instrument). The band plays originals in the vein of contemporaries such as Galactic, Disco Biscuits, and Perpetual Groove, but also reaches back to the more progressive end of late 70's/early 80's pop-rock for covers (Talking Heads, Don Henley, the Who, etc).

Those migrating upstairs will be greeted by the much Phish-ier sound of Rochester, N.Y. power-trio Haewa. Their identification as a "psychedelic funk" band suits them well, as they veer into the unconventional chord progressions and structures of jazz without compromising their sense of groove. Their most recent EP, Demon Tea, even integrates elements of Southern and stoner rock, such as on the swampy "Earth Speaks."

So next time the amateurs resolve "to just play and see where it takes [them]," take yourself to see where the pros take you – it usually makes for a much better trip. – Matt Swanseger