This year, the popular summer concert series will be celebrating its 20th anniversary, and what better way to celebrate than with the return of a familiar alternative rock band. 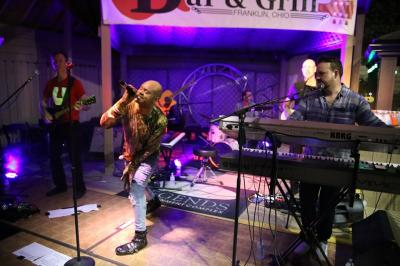 It's a special season for 8 Great Tuesdays. This year, the popular summer concert series will be celebrating its 20th anniversary, and what better way to celebrate than with the return of a familiar alternative rock band. The festivities will kick off on Jul. 2 with a headlining performance from Blessid Union of Souls, the '90s and 2000s power-pop act responsible for radio hits such as "I Believe" and "Hey Leonardo (She Likes Me For Me)." The band eventually pivoted into Christian rock territory with their most recent album, 2011's The Mission Field, but their six-album discography showcases the band's strong sense of melody and a diverse range of songwriting abilities fit for the festival stage. If this sounds familiar, it's for good reason, as the band played the series last year as well.

While bringing Blessid Union of Souls back to Erie will prove a great way to draw locals to the series' first installment, a cavalcade of other artists is bound to keep the crowds there, starting with local funk band The Groove on July 9th. Following The Groove in succession are: Journey tribute act Separate Ways, Uprooted (which features vocalist and guitarist Michael Glabicki of Rusted Root), a reunion show from local eclectic alt-rockers Plato's Cave, Pittsburgh's The Clarks, and country western artist/master of the fiddle Chris Higbee. Last, but certainly not least, is The Classic Rock Experience, a national arena rock band set to round out 2019's 8 Great Tuesdays.

As always, the event will be flanked by local sponsors, food and beverage vendors, and more, including balloon sculptures and even face painting. The Erie Metropolitan Transportation Authority will also be providing a free shuttle service beginning at 5 p.m., making itself available at the Intermodal Transportation Center and the Thomas C. Hoffman Transportation Hub. Twenty years later, there's never been a better time to experience a unique local tradition like 8 Great Tuesdays. — Aaron Mook