Basement Transmissions is on a roll, once again reeling in some of the biggest names in the metalcore scene. 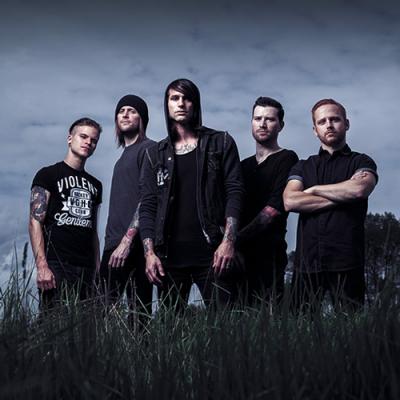 Basement Transmissions is on a roll, once again reeling in some of the biggest names in the metalcore scene for a stacked show at Erie's underground music hub.

Blessthefall, Stick To Your Guns, and Emarosa is a tour package that my high school self and friends would have gone crazy for, and it's safe to say many others will be doing the same in BT's mosh pit.

Blessthefall and Stick To Your Guns have, for the most part, stuck to their guns over the years, staying true to the classic metalcore formulas of heavy guitars, guttural verses, and clean choruses. STYG's "This is more" was a hardcore anthem for many kids in the mid 2000's. It pushed STYG into the scene's spotlight where they have since found a home. Emarosa however, have softened their sound, cutting out the harsh vocals almost entirely, but still keeping the same energy. All three bands' distinct styles have landed them spots on the Billboard 200, an astounding feat for any band, especially in this genre.

Supporting acts on the tour are Oceans Ate Alaska and Cane Hill. The venue is certain to be packed for this show, so get your tickets in advance before you're forced to listen from the parking lot. — Tommy Shannon