Book Notes: Reading in the Time of Coronavirus 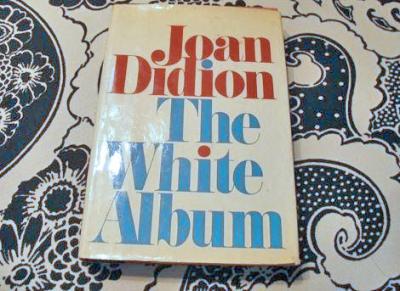 Editor's Note: "Book Notes: Reading in the Time of Coronavirus: Joan Didion's 'The White Album'" was originally published by the Jefferson Educational Society. This publication, and others, along with video presentations, are available at JESErie.org.

With the Jefferson Educational Society closed for face-to-face meetings while we all practice social distancing, President Ferki Ferati asked me for a weekly column of reading suggestions to share with all Jeffersonians. So, here is the first Book Note(s), which, while not offering full-blown analytical reviews, will tender with commentary some items of interest you might read while distancing yourself socially.

I was tempted to begin with Gabriel Garcia Marquez's Love in the Time of Cholera but thought the suggestion perhaps too "cute." Marquez's exploration, however, of a three-cornered love affair spanning a half-century culminating in the blossoming love of the two principals 50 years on is not without its charms. Instead, borrowing from my The American Tapestry Project: "We Tell Ourselves Stories" lecture series I've been offering at the Jefferson over the past year, I thought I'd suggest Joan Didion's The White Album (1979).

The book consists of five sections, which are themselves collections of essays. They are, first the title section "The White Album," then consecutively "California Republic," "Women," "Sojourns," and, lastly, "On the Morning After the Sixties". And there is just a bit of the "trivial pursuit" to the contents, as Robert Atwan noted in Publisher's Weekly when he included "The White Album" in his catalog of "The Top Ten Essays Since 1950":

"Huey Newton, Eldridge Cleaver, and the Black Panthers, a recording session with Jim Morrison and the Doors, the San Francisco State riots, the Manson murders—all of these, and much more, figure prominently in Didion's brilliant mosaic distillation (or phantasmagoric album) of California life in the late 1960s."

By the way, you can find Atwan's essay and accompanying list here.

But that is not why one reads Didion; one reads Didion for her keen powers of observation, as in: "When I first met Linda Kasabian in the summer of 1970 she was wearing her hair parted neatly in the middle, no makeup, Elizabeth Arden "Blue Grass" perfume, and the unpressed blue uniform issued to inmates at the Sybil Brand Institute for Women in Los Angeles." (p. 208)

Linda Kasabian was one of Charles Manson's girls about to turn state's evidence. Didion was interviewing her; later she would purchase for her the dress she'd wear while testifying against her former "family members."

Or one reads Didion for the sharpness of her insights, as in "The Women's Movement" when, amidst an exposition on the eroding hold Marxist thought had on the era's social revolutionaries, Didion observes, "And then, at that exact dispirited moment when there seemed no one at all willing to play the proletariat, along came the women's movement, and the invention of women as a 'class'." (p. 258)

Or, as in "Many Mansions," her description of the unoccupied California Governor's Mansion built by Ronald and Nancy Reagan in which Jerry Brown declined to live, "All day at this empty house three maintenance men try to keep the bulletproof windows clean and the cobwebs swept and the wild grass green and the rattlesnakes down by the river and away from the 35 exterior wood and glass doors."(p. 227)

Or, as in "On the Morning After the Sixties," as she meditates upon the fact that she is not a "Boomer" but comes from the generation before, which gives her a different "take" on college life and the age of protest:

I am talking here about being a child of my time. When I think about the Sixties now, I think about an afternoon not of the Sixties at all, an afternoon early in my sophomore year at Berkeley, a bright autumn Saturday in 1953. I was lying on a leather couch in a fraternity house (there had been a lunch for the alumni, my date had gone on to the game, I do not now recall why I had stayed behind), lying there alone reading a book by Lionel Trilling and listening to a middle-aged man pick out on a piano in need of tuning the melodic line to "Blue Room"…That such an afternoon would now seem implausible in every detail – the idea of having had a "date" for a football lunch now seems to me so exotic as to be almost czarist – suggests the extent to which the narrative on which many of us grew up no longer applies…I suppose I am talking about…the ambiguity of belonging to a generation distrustful of political highs, the historical irrelevancy of growing up convinced that the heart of darkness lay not in some error of social organization but in man's own blood. (p. 329)

"Suggests the extent to which the narrative on which many of us grew up no longer applies…" gets at the real and enduring appeal of The White Album. In her highly personal, New Journalism style, in these essays Didion explores the meaning of storytelling, the meaning of narration – one might say the meaning of meaning. Discussing her own mental health issues, her ongoing struggle with migraines, her attempts to root herself in a rootless age, Didion probes humans' meaning-making through storytelling, as in "The White Album's" (both the essay and the book's) justly famous opening paragraph:

"We tell ourselves stories in order to live. (Emphasis added) The princess is caged in the consulate. The man with candy will lead the children into the sea. The naked woman on the ledge outside the window on the 16th floor is a victim of accedie, or the naked woman is an exhibitionist, and it would be "interesting" to know which. We tell ourselves that it makes some difference whether the naked woman is about to commit a mortal sin or is about to register a political protest or is about to be, the Aristophanic view, snatched back to the human condition by the fireman in priest's clothing just visible in the window behind her, the one smiling at the telephoto lens. We look for the sermon in the suicide, for the social or moral lesson in the murder of five. We interpret what we see, select the most workable of multiple choices. We live entirely, especially if we are writers, by the imposition of narrative line upon disparate images, by the "ideas" with which we have learned to freeze the shifting phantasmagoria which is our actual experience." (p. 185)

Humans are storytellers. It might be, in the final analysis, what makes us humans. We tell ourselves stories to make sense of our experience, but it is also our ability to tell stories that enables us to bond large numbers of people together into collaborative cultures. As Yuval Harari noted in Homo Deus (2015), it wasn't the invention of agriculture that separated humans from others in the animal kingdom. It was the ability to organize large numbers of people together into coherent cultures through the medium of shared stories that made possible "scaling" agricultural villages into large urban collaboratives. In short, storytelling created civilization and not the other way around.

But Didion also asks, sometimes implicitly, sometimes explicitly, what happens when you can't trust the narrator? How do you know whose story to believe? What happens when all stories are both believable by some and unbelievable by others? What happens to that community storytelling creates when the members no longer agree about their story – when, as in Yeats's "The Second Coming," the center no longer holds? Or, on a very personal level, in "On Self-Respect" (pp. 142-148), an essay in her earlier collection, borrowing her title from Yeats, Slouching Towards Bethlehem (1968), Didion asks what happens when one realizes "the lights don't always turn green"? Her answer, to paraphrase, is 'you grow up or not and the distinction makes all the difference.

Whether read as a time journey back to the Sixties (most of which actually happened in the Seventies), or as a meditation upon narration and the problem of the unreliable narrator, or as a meditation upon human nature and the problematic nature of ultimately "knowing" anything, Joan Didion's The White Album will do both of those things old-fashioned and stodgy reviewers said marked all quality writing – she will both entertain and enlighten. Although I doubt anyone ever called Joan Didion "old-fashioned and stodgy", I suspect she'd smile at the compliment and say something to the effect, "…but then you missed the point." 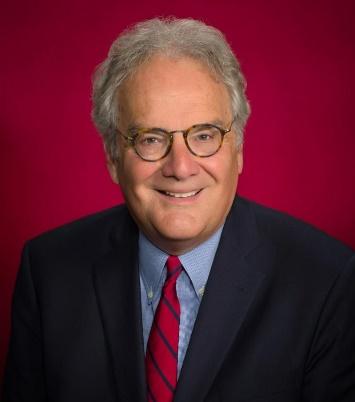