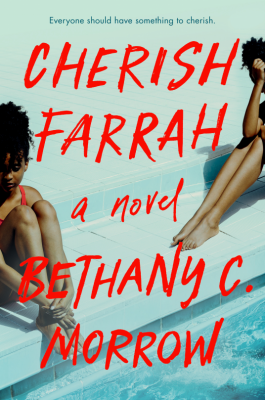 We all know someone like Farrah: calculating, manipulative, and always seems to get her way, no matter the situation. Thinking she's invincible, Farrah does as she pleases, with one word dominating her life and her choices: Control.

As one of two Black girls in her country club community and the only one with Black parents, Farrah Turner has seen the difference between her family and the others in her community, including her best friend, Cherish Whitman. Adopted by a wealthy white family, Cherish's parents often indulge their daughter's every whim and desire. Farrah uses this to her advantage, finding she can often exploit this privilege of her best friend's familial position.

When things take a turn for Farrah's family and foreclosure on their house occurs, she's determined to regain control by staying with Cherish in the Whitman's home as well as plotting herself further into their lives. Strange things begin to happen, though, and Farrah's control quickly spirals away from her.

The commentary on race and class in Cherish Farrah should not be missed. Morrow's storytelling paints a stark contrast between the picture-perfect exterior on which we see the benevolent white family who adopt a Black child, and what's really going on under the surface.

Morrow has made the interesting decision to tell the story in Farrah's voice, even though she is a character whose behaviors often paint her in an unflattering light and can lead readers to potentially consider her an unreliable narrator. In any other setting, this choice would have fallen, but in this psychological, social horror, it adds much more intrigue than any concretely "good" character could bring.

One of the most intriguing aspects of the novel is the slow burn of the story, leading readers into the thick of it before realizing how deep they've gotten, by which point it is too late to turn back, and they'll be on the edge of their seats right until the end. — Ally Kutz