Melissa Gould transforms grief into something to reclaim rather than resent 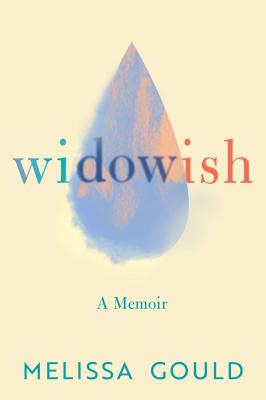 When Melissa Gould married the man of her dreams, Joel Oberstein, she never envisioned a life without him. But years after a multiple sclerosis diagnosis, Joel became ill with West Nile virus and eventually succumbed to the disease, dying in November of 2013 at the age of 50. Left behind were Gould and their 13-year-old daughter Sophie, both reeling from his death at such a young age.

In her memoir,  Widowish, Gould heartbreakingly details her life with Oberstein, his illness and death, and the aftermath of trying to find a new normal. In the first section of her book, Gould touches on the history she and Oberstein shared. Following their marriage and the birth of their daughter, Oberstein was eventually diagnosed with MS, leading to a difficult but still fulfilling family life. Later falling ill with West Nile virus due to a weakened immune system from a round of steroids for his MS, Oberstein ended up in a coma with no chances of recovery and was taken off all life-sustaining measures, allowing him to pass.

The second part of the book deals directly with Gould's grief in the aftermath of her husband's death. She describes herself as "Jew-ish," in the sense that she did not fully practice Judaism and therefore only felt partly connected to the traditions of the faith. It, however, became a large part of her grieving process — including observing Shiva, the Jewish custom of mourning for seven days following the burial of someone who has died.

Throughout her memoir, Gould's writing touches very deeply on subjects that sometimes feel too heavy for normal conversation. Grief is something that can be difficult for many to write about, but Gould's experience in her own words is so heartfelt and sincere that it makes the topic more accessible to those others who may have trouble finding the right words to speak.

Gould's  Widowish shines a light for those who feel that their grief may last forever, while Gould herself is the perfect example of how it can be transformed into something more. While you may never stop missing those you've lost, Gould proves that grief can instead be something to reclaim rather than resent.