Continetal w/ The Tradesmen. Free Show. The crooked i. Tuesday Nov. 15. Rick Barton, formerly of Dropkick Murphys and Everybody Out!, brings his new group to Erie. 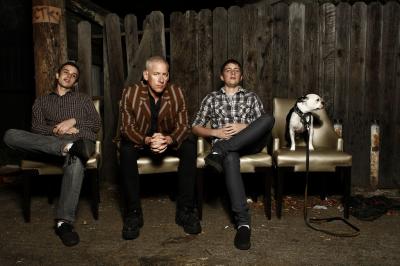 Generally, Tuesday nights are an off night for goings on about town. But this week you should throw off the shackles of your typical lakeside preconceived notions and check out a show.

Continental is coming to town. Never heard of them? That's ok, that's where I come in. Continental is the newest endeavor of Rick Barton, one of the original members of Dropkick Murphys.

Intrigued? You should be. Barton may be fronting the band, but it is the brainchild of his son Stephen. Born out of the ashes of Stephen's high school band, dear old dad decided to sit in with the boys and jam. He was just trying to be a good guy, help them to write songs and learn the ropes. But father-son bonding yielded more than just a living room jam session; it brought about a new band.

The myth goes that the band was formed out of the same place as Dropkick and Barton's other project Everybody Out!, 123 Centre Street in Quincy, Mass. In case you don't think location plays any part in the birth of a band let me remind you that Boston, and the Massachusetts corridor, have spawned Mission of Burma, Dinosaur Jr., Pixies, Dresden Dolls and Morphine.

Still not interested? The band released an EP last fall called "Death of a Garage Band" and you can hear all of the tracks on the band's MySpace.

The music doesn't follow the Dropkick Murphy formula of Celtic-tinged punk for the common man. It is still every bit as pleasurable. There is truly something for everyone. A punk base just serves to deliver sketches of country, folk, and rock.

If the constant mention of the Murphys has you in need of a fix that can be attended to as well. Opening for Continental will be Erie's own The Tradesmen. An opening act worth a night out in and of itself. The Tradesmen do infuse their punk with a Celtic charm, as they feature bagpipes and tin whistle to accompany their driving sound.

Did it really take me seven paragraphs to mention it's a FREE SHOW? Well, yes, because I counted, but now you know.