Reverb-drenched indie-rock and beyond 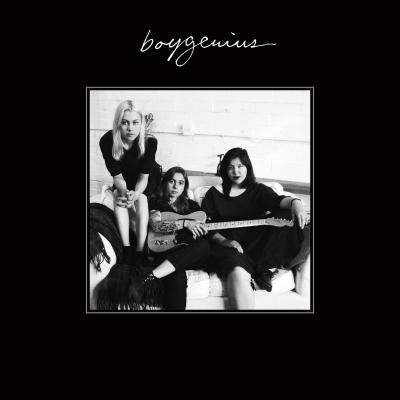 boygenius is the supergroup we desperately need, and perhaps do not deserve, and their debut EP is every bit as good as its' members' solo work. Comprised of Phoebe Bridgers, Julien Baker, and Lucy Dacus, boygenius navigates a number of sonic territories, from reverb-drenched indie-rock to acoustic folk numbers and beyond, allowing the band to transcend to something greater than the sum of its parts. Perhaps most impressively, the boygenius EP is less sad than fans of its individual members might expect, and a hell of a lot more fleshed out to boot. Throughout the release, each member seems to get a song or two to showcase their lyrical and vocal abilities. But boygenius really pulls it all together in the EP's final act, culminating in the lush standout, "Salt in the Wound." The track overshadows the rest of the EP's small-scale production with grandiose, near-psychedelic swells of instrumentation and a bluesy, foot-stomping tempo. Of course, this explosive energy is only temporary, as the band delivers a flawless Fleet Foxes impression on closing track "Ketchum, ID." — Aaron Mook