Breaking All the Rules: Booksmart is a Refreshing Spin on an Old Story 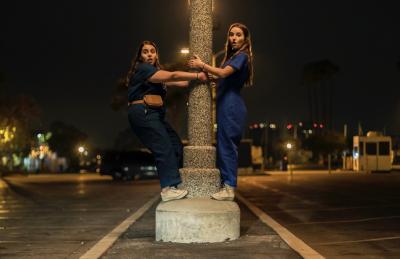 Olivia Wilde's directorial debut, Booksmart, is firmly entrenched in the old "last day before graduation" playbook of teen movies. However, the story still feels very fresh and original thanks to her unique take on many of these old cliches. It isn't as subversive as I was hoping it would be (more Superbad than Ghost World), but a witty script and the endless chemistry of its two leads should be more than enough to win over audiences.

The plot centers around best friends Molly and Amy (Beanie Feldstein and Kaitlyn Dever), two overachievers who have foregone the parties and socialization of high school to focus on their grades and getting into a good college. When Molly learns that all the "losers" who partied all the time also got into those colleges, she drags Amy with her to a big "night before graduation" party to prove to everyone that they can be fun too. Now only one problem remains ... finding the location of said party.

Like many films of this ilk, Booksmart is less a story and more a series of comedic vignettes. Some work wonderfully (especially a hilariously surreal sequence involving stop-motion animation), while others fall flat. Wilde occasionally doesn't give the sequences enough time to stay with the audience. That being said, Feldstein's and Dever's charms shine throughout and the film has enough winning moments to carry us through its runtime. Finally, it's very refreshing to see this story told from a new perspective. I'm sure the audience this was made for (women and LGBTQ+) will be overjoyed to find this film amongst what is overwhelmingly a hetero-masculine subgenre, and that alone is cause enough for celebration. — Forest Taylor