A conversation with civil rights leader and former CEO of the NAACP Benjamin Jealous. 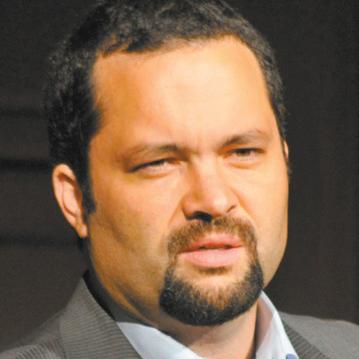 What can we learn about racial profiling from the assassination of President William McKinley?

In 1901, Eastern European anarchists had just issued a warning to leaders of the Western world that they would soon take violent action. Understandably, this put McKinley's security team on high alert. But during the President's trip to the Pan American Exposition in Buffalo, his protectors were on the lookout for a particular type of adversary. According to Jealous, "he was tall, he was swarthy, and he had exotic facial hair."

McKinley's team was proven half right. The assassin was, indeed, an anarchist of Eastern European heritage. But he was also short, blonde, and clean-shaven. And standing a few feet away from the murderer was a tall, swarthy man with "exotic facial hair" who diverted much needed attention away from the killer. The blonde man easily passed through the security checkpoint while holding a revolver wrapped in gauze and later shot McKinley.

Accordingly, Jealous concluded that "if you focus on race instead of behavior, people can die – even the President of the United States."

Profiling (and its often deadly consequences) wasn't the only theme of the lecture. During the Q and A, Jealous explained how he handled a bigoted question during an interview that led to his Rhodes Scholarship. He earned enthusiastic applause when he suggested that Penn State should ban the on-campus use of Yik Yak, a social media platform known for anonymous, hateful rhetoric. And he explained how Sen. Bernie Sanders won his endorsement by being well-equipped to avoid what Martin Luther King, Jr. once referred to as the "giant triplets – racism, militarism, and greed."

Prior to the lecture, I had the opportunity to chat with Jealous about the "tough, awkward, open conversations" he believes are necessary to address issues of race. Our conversation has been edited for length and clarity:

Dan Schank: Policing reforms are in the news a lot lately. Are there approaches to building less discriminatory police forces that strike you as particularly effective?

We need to elevate our standards for the use of force – and the use of force training – to be on par with the most effective in the world. … many tragedies occur every year that could have easily been avoided if officers had better training.

Benjamin Jealous: We need to elevate our standards for the use of force – and the use of force training – to be on par with the most effective in the world. In the United Kingdom, where most police officers do not carry guns, officers are trained every six months on when to employ which type of force. In the United States, where virtually all police officers do carry guns, the most common standard for officers is that they are trained about when to employ different types of force for one day at the Academy. And as a result, many tragedies occur every year that could have easily been avoided if officers had better training.

I spent my summers growing up in a community that was defined by black law enforcement officers. And I remember when my best friend's father, who was a California highway patrolman, shot somebody. He shot him for reasons that were justified; it was a bank robbery. He shot the man in the leg intentionally, trying to avoid vital organs.

And I remember how it wrecked him. And how it triggered all sorts of memories from Vietnam. So we don't just do a disservice to civilians when we improperly or inadequately train police officers to employ force. We do a disservice to the officers. If a man can be that impacted when they shoot a civilian and it's justified, imagine how it impacts them when they discover it was unjustified.

At the same time, we need to make better use of personality testing. Psychologists can, with a significant degree of accuracy, predict which individuals are most likely to engage in unnecessary violence. We need to weed those individuals out of our police forces.

There is a professor at UCLA [Social Psychologist Phillip Atiba Goff] who has done a lot of subject tests with actual police officers. He gives them a modified service revolver, which is hooked up to a computer, and they are confronted with a black actor pretending to be a deranged homeless man. He generally looks for two types of individuals: people who are high on implicit bias but low on what he refers to as aggressive masculinity – but what I would call authoritarianism – and individuals who are the opposite (low on implicit bias, but high on authoritarianism or aggressive masculinity).

The one who was racist, but relaxed, talked the individual down in three minutes. The one who embraced the rainbow of humanity, so long as they did what he said, shot the guy in 15 seconds.

While there are a lot of negative things that police officers do because of bias, there are other factors that need to be taken into consideration. And this explains, in part, why young black men frequently report being abused by black officers.

DS: Could you talk a bit about how to approach community policing and the drug trade?

BJ: When it comes to the War on Drugs, we have to decide what we're concerned about, independent of race and class. In other words, if we're concerned about open air drug markets, then we should be targeting raves, bars, and fraternity houses – and not just street corners in poor neighborhoods, be they tenements or trailer parks.

Our police chiefs should be advocates for untethering the number of arrests they make from the support they receive from the government because it has lead to all sorts of perverse incentives to treat addicts like serious criminals.

Our police chiefs should be advocates for untethering the number of arrests they make from the support they receive from the government because it has lead to all sorts of perverse incentives to treat addicts like serious criminals.

BJ: Yes. In order to get a federal subsidy for things like the War on Drugs, you have to prove two things: present need and ongoing progress. And both of those are measured in arrests.

And it also leads to underperformance in solving rapes and homicides, because you're dealing with such a high number of addicts that you end up pulled from solving more serious crimes.

DS: You've built allies in the past with people one might not expect, such as Newt Gingrich on issues of criminal justice reform. What do you think is important to highlight when dealing with people who don't always share your beliefs?

BJ: The challenge is to find what you agree on. It's easy to figure out what you disagree on, but it takes more energy to actually figure out what you passionately agree about. I have been blessed in my career to work in single-issue coalitions – which cut out a lot of the noise. And they're magnets for people who share single beliefs, regardless of what others they behold.

For instance, when I was spokesperson for the National Coalition to Abolish the Death Penalty, we worked with [Conservative Televangelist] Pat Robertson on clemency cases. And it opened my eyes to the broad range of allies that exist on any individual cause.

With the NAACP, many people see us as a multi-issue organization, but I worked our agenda as if we were the hub of several single-issue efforts. Therefore, the question is not "did you support our agenda?" but "Can you agree with us on this particular issue?"

As a result, we made real progress – we helped abolish the death penalty in six states in six years. We played a critical role in passing marriage equality in four states ... we played a role in pushing through more than 50 criminal justice reform bills in Texas – and, in all of those, we were working with unlikely bedfellows.

One of the things I learned from my family is to listen to everyone. And to respect everyone's fundamental humanity. If you connect that to a political goal – and if you take that approach with purpose – you can earn people's trust and loyalty and encourage them to take courageous action.