Erie will become a "Broadway Christmas Wonderland" for just one night. 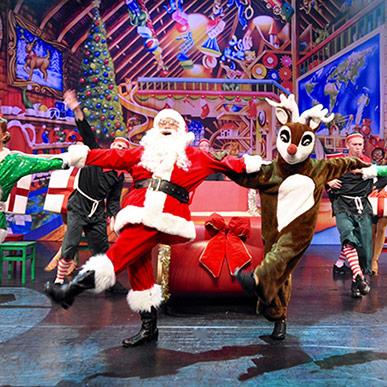 Anyone who's ever walked down an Erie street in winter might call the snow-covered city a "winter wonderland," but in December, Erie will become a "Broadway Christmas Wonderland" for just one night.

NAC Entertainment will present its Broadway Christmas Wonderland show at the Warner Theatre on Dec. 6 at 7:30 p.m.

Advertised as "simply one of the most delightful and enchanting Christmas shows ever," this family-friendly performance tells an "unforgettable, nostalgic" Christmas tale about Santa and his helpers.

The show features some traditional Christmas songs and other holiday favorites, including "White Christmas," "Winter Wonderland," "Jingle Bells," and numerous others.

The show aims to "dazzle." The cast of 24 singers and dancers, dressed in bright, glittery costumes, will perform in front of elaborate sets to bring the stage to life. These talented men and women come from New York, Las Vegas, Los Angeles, and even London, and tour for two months.

The show is produced by Spirit Productions and David King – known for *Spirit of the Dance, one of the biggest dance shows in the world. – Tracy Geibel