The calm after a storm, following the band's uncertain start 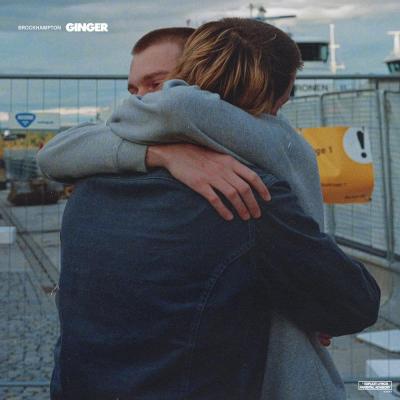 For fans of the hyperactive boy band BROCKHAMPTON, GINGER arrives following a series of curveballs. A false start on a new trilogy starting with 2017's maximalist opus Iridescence and a period of reflection — that included the band retreating while leader Kevin Abstract released his first solo LP — seemed to point toward trouble for the rising hip-hop collective, but in all reality, GINGER feels like the calm after a storm; it's a strong collection of minimalist work that still runs laps around the output of their peers. In fact, the album's greatest fault is also one of its strengths. GINGER is wildly diverse to the point that it occasionally feels scattershot. There's lots of guitar (opening track "NO HALO" through "BOY BYE"), a healthy amount of bangers ("IF YOU PRAY RIGHT," "I BEEN BORN AGAIN"), and a closing track almost solely focused on a new rapper telling his own story ("VICTOR ROBERTS"). It's true, the album falls far from the summer-ready, Outkast-influenced vision Abstract and co. may have started with, but GINGER feels forged in the fires of emotion and exhaustion; look no further than Dom McLennon's verse on the showstopping "DEARLY DEPARTED."